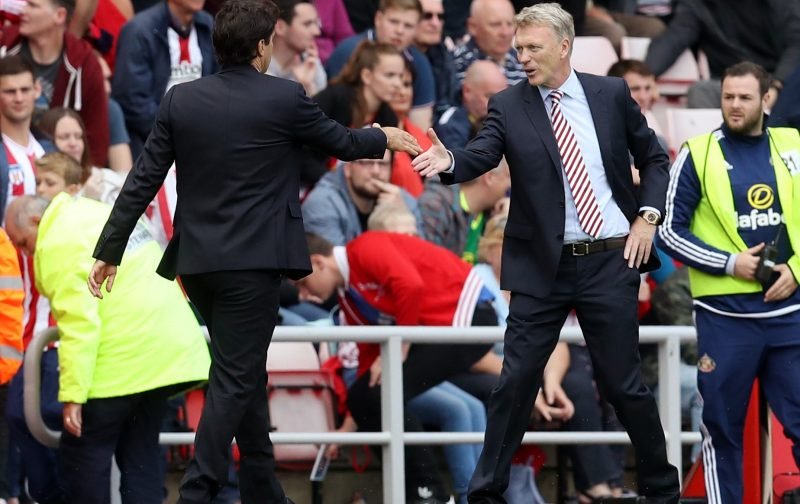 Middlesbrough yesterday confirmed that they had parted company with manager Aitor Karanka with the side 19th in the Premier League table.

The Spaniard guided the North East club to just four league wins from their 27 games this term, and with no victory since the middle of December, the board have decided to make a change, with assistant Steve Agnew placed in charge of the first team.

Their disastrous run of form, which has seen them take just four points from their last ten league matches, has seen them plummet down the Premier League division, with Sunderland now the only side below Boro in the table.

Karanka took over at the Riverside Stadium back in November 2013 with the brief to try and get the club back into the top-flight, which he did last season by finishing runners-up to Burnley.

It means that of the sides currently occupying the bottom six in the Premier League, only one of them hasn’t changed their manager this season, and it’s something some Sunderland fans want to see changed over the coming days and weeks…

Boro sack manager – would it be a good idea to sack Moyes and try and get Roy Keane back ? The bottom teams have made changes to good effect

Dear #Boro I've heard David Moyes would be interested in the job. Il drive him down myself. Il even cover the petrol costs. Cheers #Safc

But several know that it’s not going to happen…

Didn't see karanka had gone, honestly moyesy isn't going anywhere never been more certain of anything 85/90% he'll be in charge next season!

Karanka gone with a little under 30% of the season left. Of the bottom-6, only Sunderland have same manager as they did in August. #safc