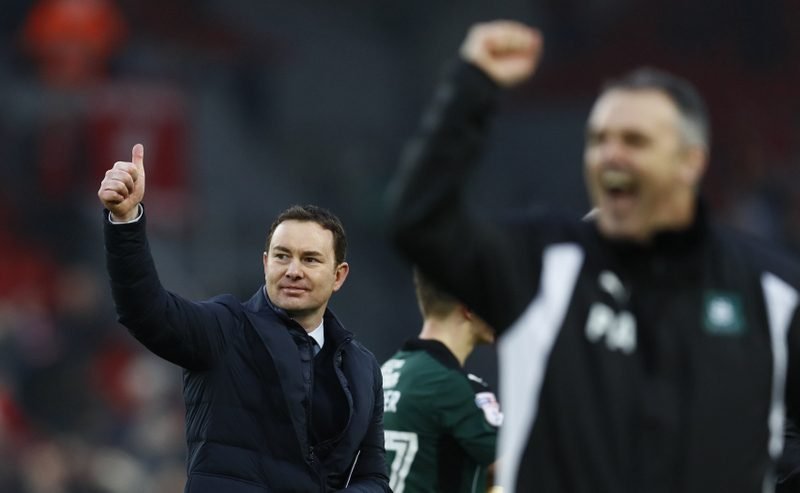 Both Devon teams had been in good form recently. Plymouth Argyle had only lost three games so far in 2017, one of those being to Liverpool after holding them to a goalless draw at Anfield in the FA Cup.

Exeter City were in amazing form – having started the campaign appearing to be in a relegation battle, they had pushed on to a 12-game unbeaten streak, winning seven in a row and sitting in fourth spot, only two place behind their rivals ahead of kick-off.

The match started off quickly, when debutant Matty Kennedy scored in the 14th minute of the game to give himself an incredible start to his spell with Plymouth.

But, Exeter were still very much in this game, having had a close chance not long before the hosts’ opening goal, before creating many more. Grecians goalkeeper Christy Pym made multiple saves to stop Ryan Taylor pushing for a second – wanting to make his debut as special as Kennedy’s.

In the first minute of injury-time in the first-half, Taylor got exactly what he wanted when he scored Plymouth’s second goal of the day.

Having scored first, Kennedy was again instrumental, this time setting up Taylor. Despite deep into extra-time, there was still just enough time for more excitement as Troy Brown nearly got a goal back for Exeter, but was denied by the post. 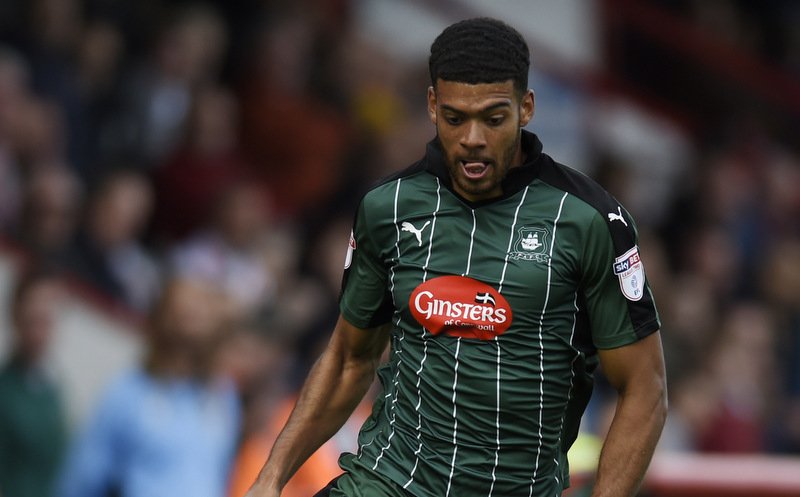 The defender then started the second-half in much the same way as he ended the first, instead it was Luke McCormick, the Plymouth ‘keeper, who stopped his goal bound effort.

About half an hour later, an Exeter opportunity could have devastated Plymouth fans, as it was from one of their goalscoring heroes of the past few seasons: Reuben Reid.

It is safe to say that the Plymouth fans did express their opinion of Reid and were incredibly relieved he did not score against them – although any celebration would have been interesting to see – and this chance kept Plymouth fans nervous, despite being two-nil up.

However the home supporters did have somewhat of a reason for their nerves; it was only last season that they looked to be heading for a comfortable 1-0 victory at Exeter, before losing the game 2-1 within the last 10 minutes.

The man who scored both of those goals, Ollie Watkins, was still a goalscoring sensation for Exeter.

Luckily for The Green Army, their nerves settled when Pym took down forward Jake Jervis in the box in a way that the referee, and linesman, viewed as a foul, giving Jervis the chance to tuck away the third and final goal in the 93rd minute from the penalty spot.

This result meant that, with Luton Town’s 2-1 victory over Crawley Town, Exeter slipped to fifth in the League Two table, remaining on 48 points.

Whilst Plymouth preserve their runner-up spot with 60 points, only three behind leaders Doncaster Rovers with a game in hand.

The result also gave The Pilgrims full bragging rights, having been victorious over Devon derby rivals Exeter in both fixtures this season.