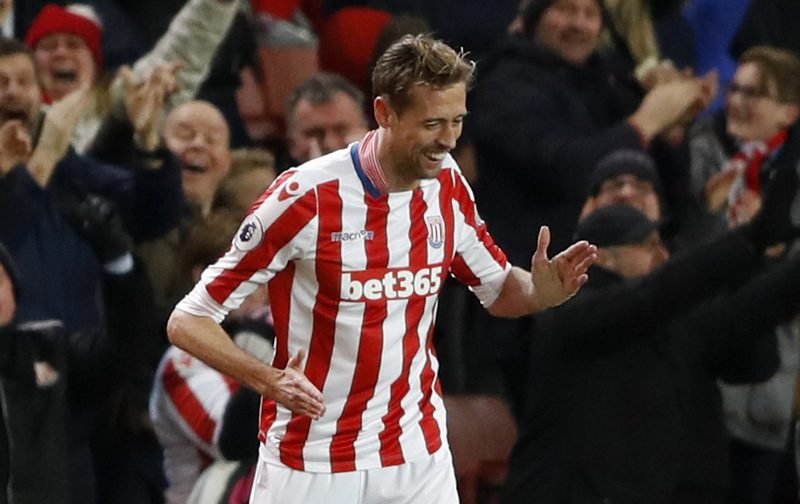 The Citizens, who visit AS Monaco in their second leg European clash next week, could snatch second spot from Tottenham Hotspur in the top-flight standings with all three points.

Meanwhile The Potters, who lie 20 points behind City prior to kick-off in ninth spot, are looking for their 10th Premier League win of the campaign, after fending off Middlesbrough 2-0 last time out.

For the home side, star striker Sergio Aguero will be looking to add to his 23 goals in all competitions this term, after netting in Sunday’s 2-0 victory at Sunderland.

As for Stoke, the towering Peter Crouch is set to spearhead the visitors’ frontline, with the 36-year-old looking to add to his 100 Premier League goals to date.

So, with both key men set to go head-to-head at the Etihad on Wednesday night, here is how Aguero and Crouch match up so far this season… 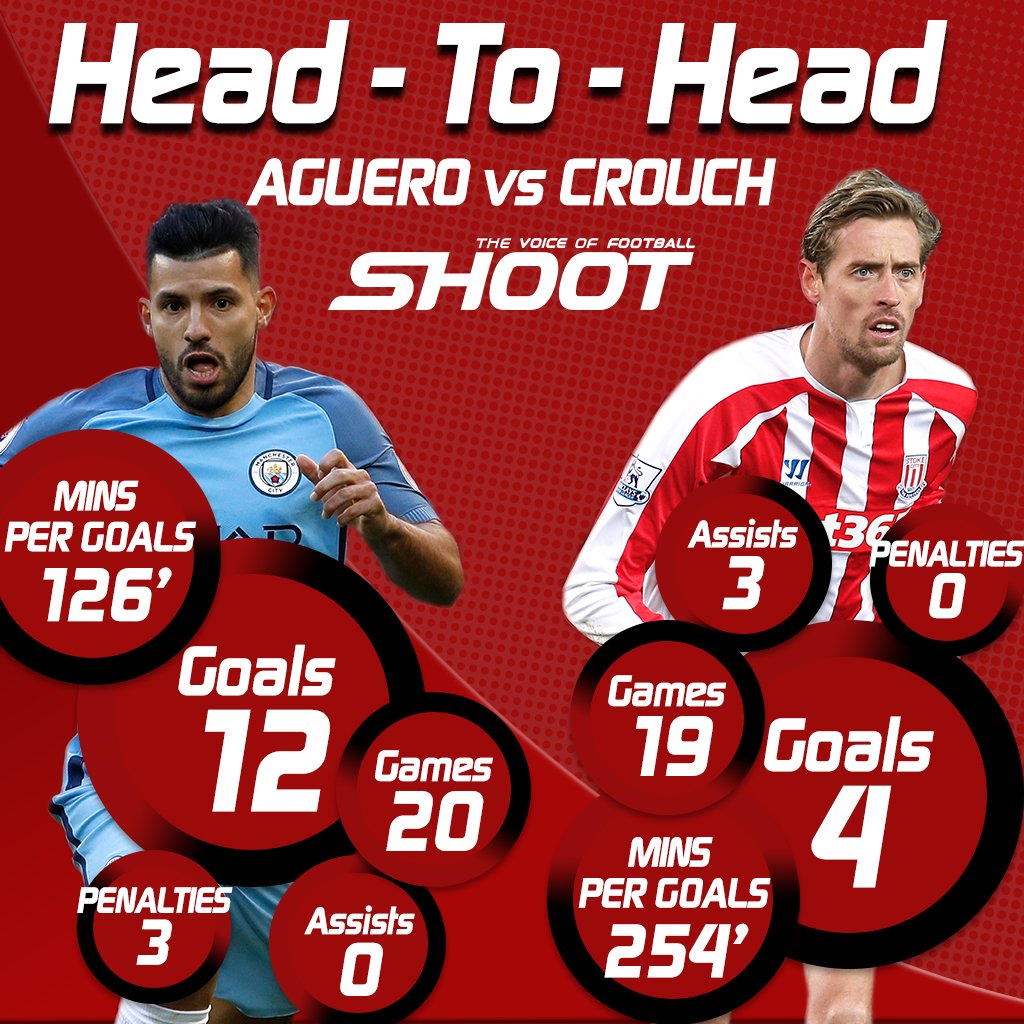