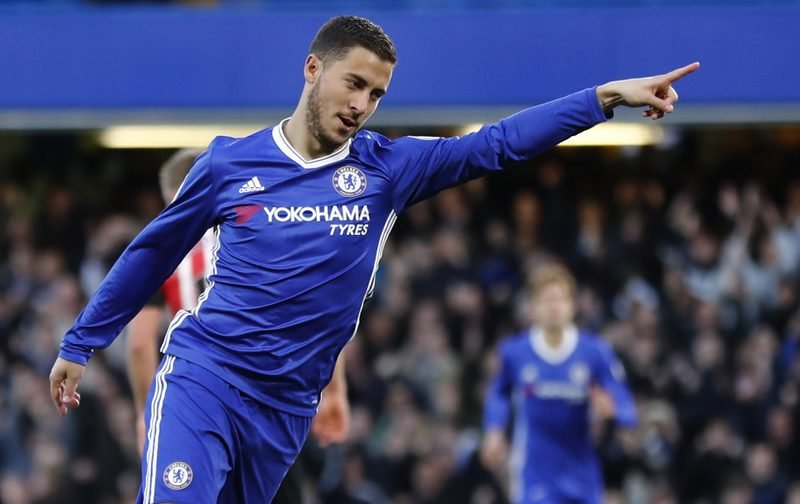 Premier League leaders Chelsea can open up a seven-point lead at the top of the table, temporarily at least, if they manage to defeat Everton at Goodison Park on Sunday (14:05), with the North London derby kicking off later that afternoon.

The Toffees, who drew 0-0 at West Ham United last weekend, are pushing for a top six finish and European football next term, but still trail sixth placed Arsenal by two points, having played two fixtures more.

Whilst for The Blues, who hold a four-point gap at the summit prior to kick-off tomorrow, are in a confident mood after beating Southampton 4-2 at Stamford Bridge in midweek.

As for opposing manager Antonio Conte, league leaders Chelsea are reaping the benefits of winger Eden Hazard’s scintillating form this season, having netted 15 goal in the top-flight this term.

So, with both key men set to go head-to-head in Merseyside on Sunday, here is how Barkley and Hazard match up so far this campaign… 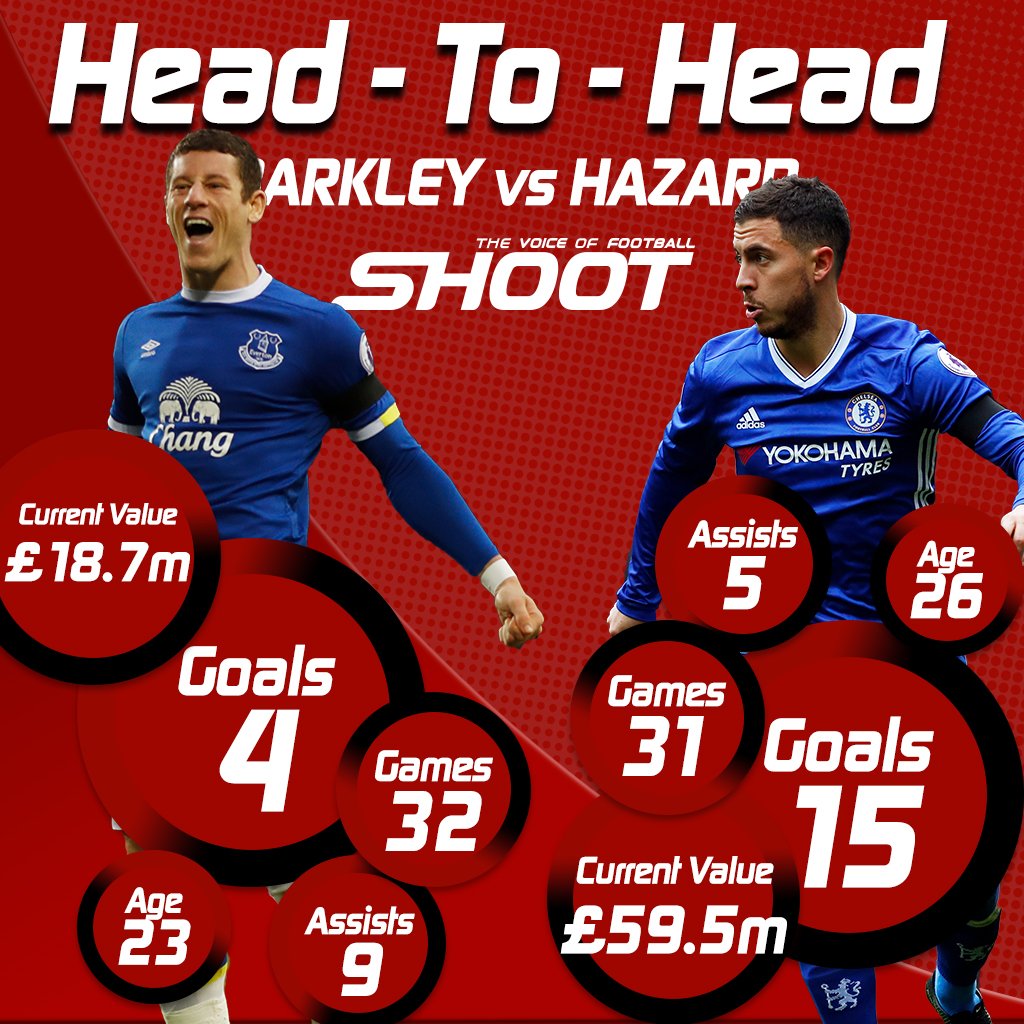