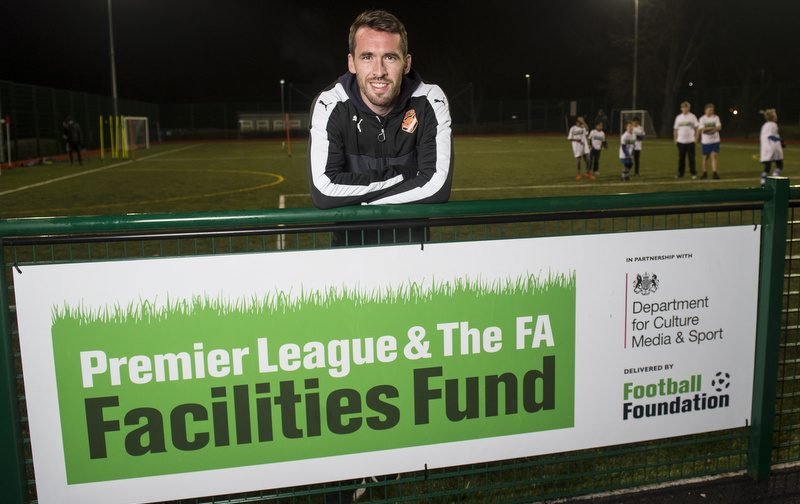 It’s been a busy month for the Football Foundation and Leicester City FC’s Christian Fuchs.

Another state-of-the-art grassroots facility delivered by the Football Foundation, the new 3G pitch received a grant of £90,394 from the Premier League & The FA Facilities Fund.

Fuchs, a 2016-17 Premier League winner, will actually use the pitch personally to deliver coaching sessions for the Fox Soccer Academy – a coaching academy that the Leicester star co-founded.

An important part of the East Midlands’ coaching provision, the Fox Soccer Academy focuses on improving the technical abilities of young players.

Speaking about the new 3G pitch, Fuchs said, “This is a super facility and one that I know will be used a lot, I’m down here regularly coaching and the pitch is never ever empty.

“I want to pass on some of what I’ve learned but also encourage youngsters to lead active and healthy lifestyles through regular sport.” 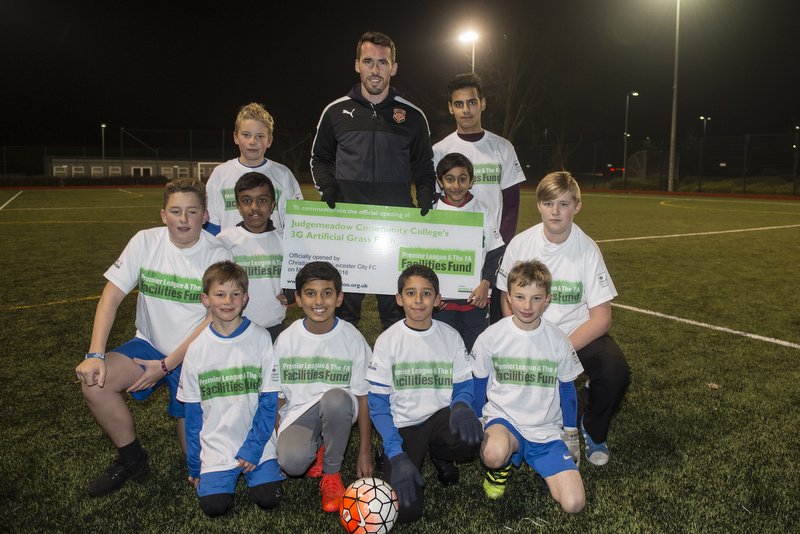 The new facility will have a real impact in the local community, with sports participation set to rise by 37%. Not only will it be used by Judgemeadow’s 1,230 pupils, a number of grassroots clubs including Stoneygate Lions FC and the Community Football Academy will also call the facility home.

This broader impact was acknowledged by Fuchs himself, who credited the investment from the top of the football pyramid as an important reason behind the development of grassroots football facilities.

He said, “What is great is that the funding for the pitch is coming from the top of the game, so well done to the Premier League & The FA Facilities Fund for making this happen.”

Since it was launched in 2000, the Foundation has awarded around 15,000 grants worth more than £580m towards improving grassroots sport, which it has used to attract additional partnership funding of over £800m – over £1.4bn of investment into grassroots.