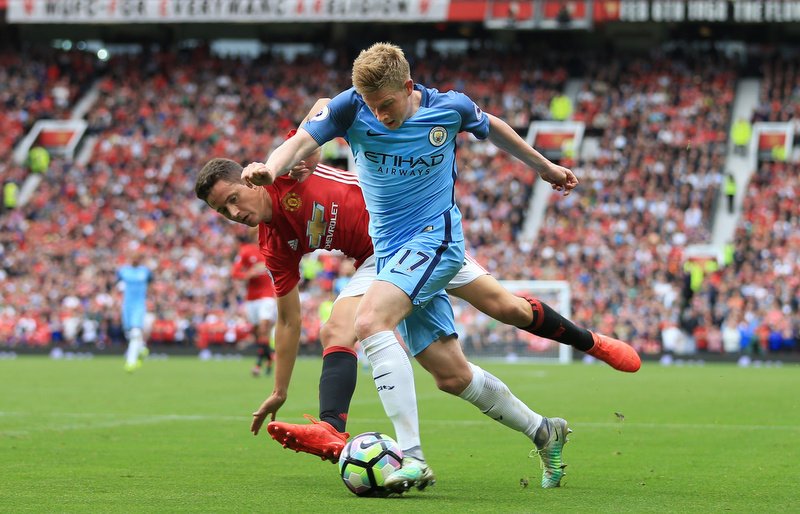 Manchester City host in-form Tottenham on Saturday (5.30pm kick-off) hoping to get back to winning ways in the Premier League.

Pep Guardiola’s side were thumped 4-0 by Everton last weekend to all but end their faint title hopes, as they now sit ten points behind leaders Chelsea with just 17 games to go.

However, they’ll look for a fourth successive home league win when Mauricio Pochettino’s Spurs visit the Etihad on Saturday, and Guardiola will look to attacker Kevin De Bruyne to try and inspire his team to all three points.

It moved Spurs up to second in the table, seven points behind Antonio Conte’s Chelsea, and very much a feature in the title race in the second half of the campaign.

Pochettino will look towards the in-form Christian Eriksen, who has contributed ten goals in his last nine league appearances, in a bid to pick up all three points at the Etihad for the second successive season.

So, with these two key playmakers set to go head-to-head on Saturday, here is how De Bruyne and Eriksen match up in the Premier League this season… 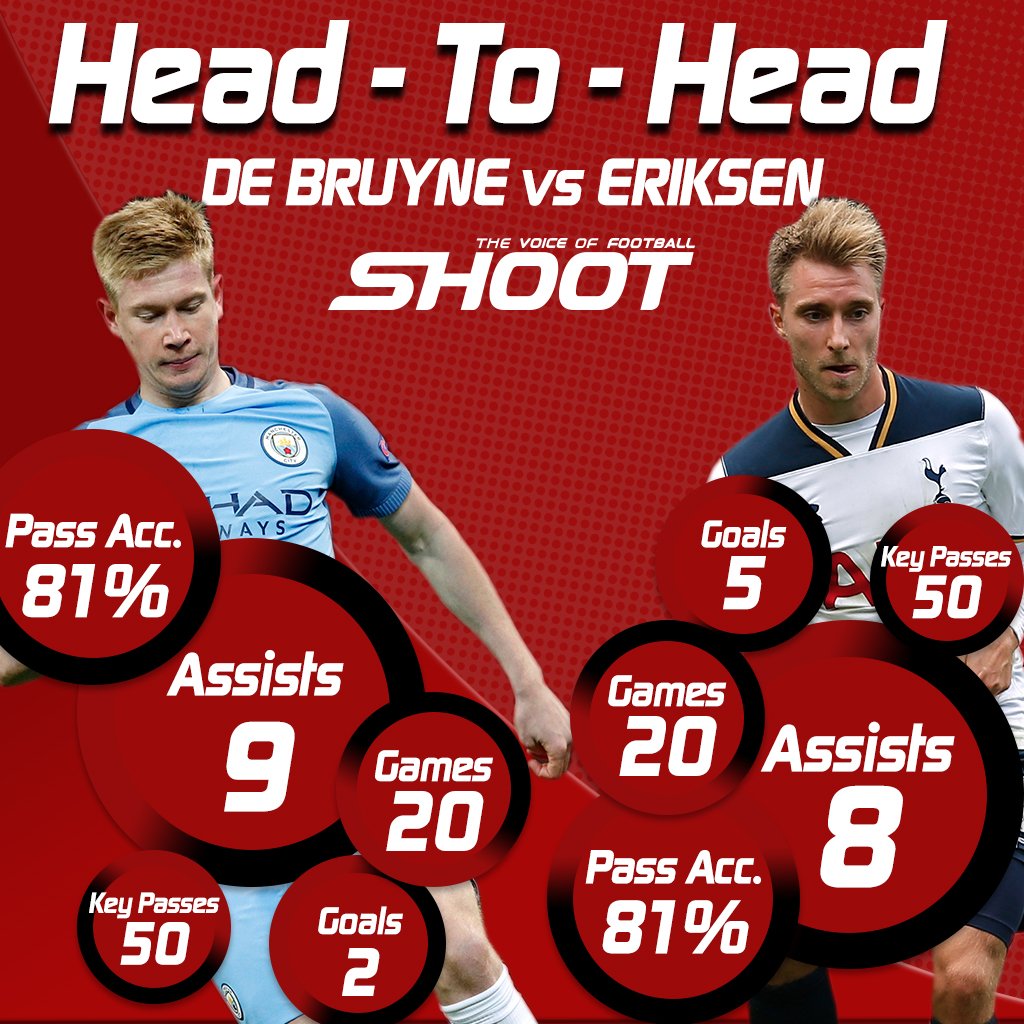