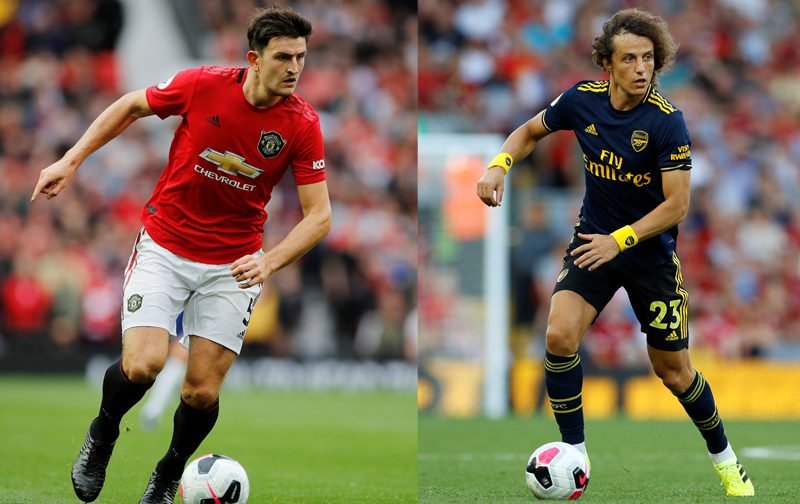 The Red Devils have made a stuttering start to the season, picking up eight points from their six matches to date.

Sitting eighth in the table, Ole Gunnar Solskjaer is under pressure following the defeat at West Ham United on Sunday – the club’s seventh loss in 15 top-flight matches.

In the away dressing room, Arsenal have fared slightly better so far, collecting 11 points to leave them in fourth.

However, it’s not all been plain sailing for the Gunners who have been thrashed at Liverpool, let a two-goal lead slip at Watford to draw and scored a late winner to beat Aston Villa 3-2 in a disjointed performance last summer.

Unai Emery, who is in his second season in charge, is looking for his side to show more defensive qualities having already shipped 10 goals already this term.

Luiz hasn’t made the best of starts at Arsenal.

The Spaniard would’ve hoped that David Luiz would help shore up his backline after signing the Brazilian from Chelsea on Deadline Day but he has so far struggled alongside Sokratis at the heart of the defence.

Monday will be the perfect time for the 32-year-old, who has lost just four of 15 matches against Manchester United, to show that he can be a leader and help limit the goals conceded.

The hosts have had less problems at the back, conceding six times from their six games but have only scored eight compared with Arsenal’s 11.

Solskjaer spent big in the summer, bringing in Harry Maguire from Leicester City for £80million – a world-record fee for a defender.

Maguire is the world’s most expensive defender.

The England international has so far played every minute in the top-flight this term and will be aiming to help United collect a third victory of the season in front of the TV cameras.

So which defender will come out on top for their team at Old Trafford? Here’s how Maguire and Luiz have performed in the Premier League so far for their new clubs…