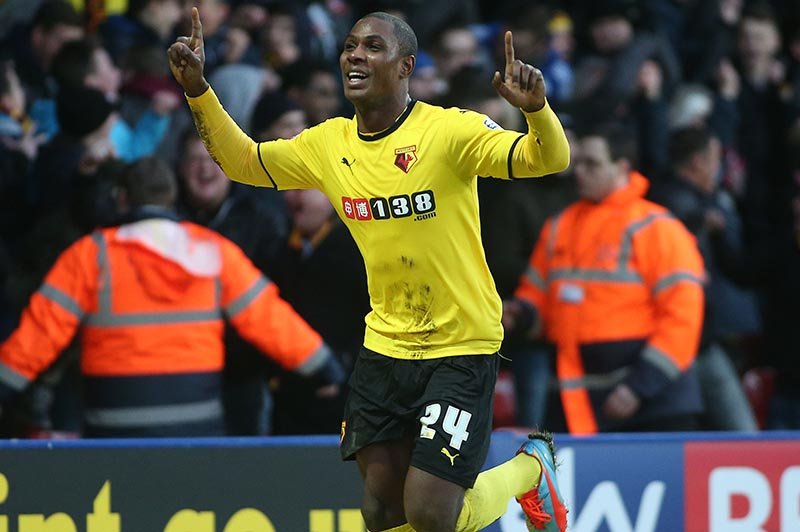 The Hornets, who mustered wins against Swansea City and Newcastle United in consecutive games, currently sit in 12th place following their 1-1 draw with fellow newly promoted outfit AFC Bournemouth a fortnight ago.

Meanwhile the Gunners are in fine form after winning four of their last five league meetings in the English top-flight, including the convincing 3-0 hammering of 13-time Premier League champions Manchester United at the Emirates Stadium earlier this month.

Nigeria striker Odion Ighalo is the ONLY Watford player to score a goal in all competitions so far this season for Quique Sanchez Flores’ side, with all five of his strikes coming in the Premier League.

With both club’s top goalscorers desperate to continue their fine form in front of goal this weekend, here is how both forwards match-up so far this term…