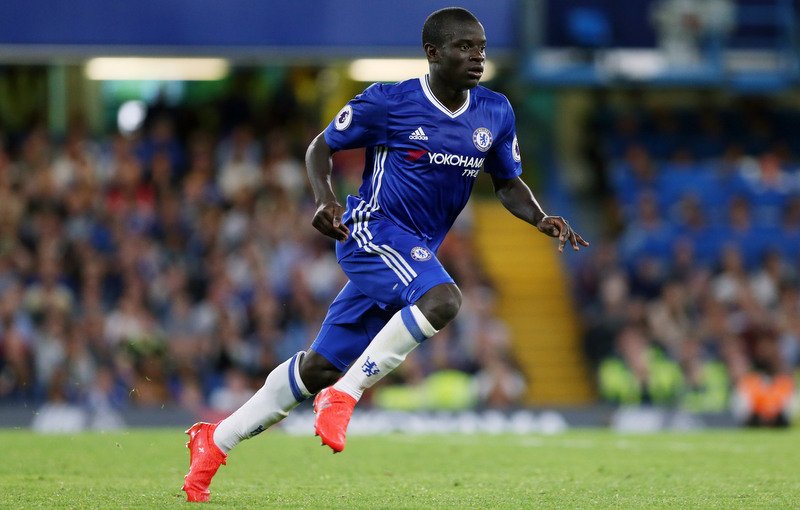 Chelsea could move 11 points clear at the top of the Premier League standings on Saturday when The Blues host Swansea City at Stamford Bridge (15:00), with fellow title contenders Manchester City (second) not in action and Tottenham (third) not playing until Sunday.

Antonio Conte’s hosts, who have stumbled to two draws in their last three league outings, are looking to improve upon their 2-2 stalemate at the Liberty Stadium back in August.

As for the visitors, the January arrival of fellow midfielder Tom Carroll from Tottenham has significantly boosted their survival chances, with Swansea winning all three Premier League games when the 24-year-old has stayed on the field for the full 90 minutes.

So, with both key men set to go head-to-head on Saturday, here is how Kante and Carroll match up so far this campaign in the top-flight… 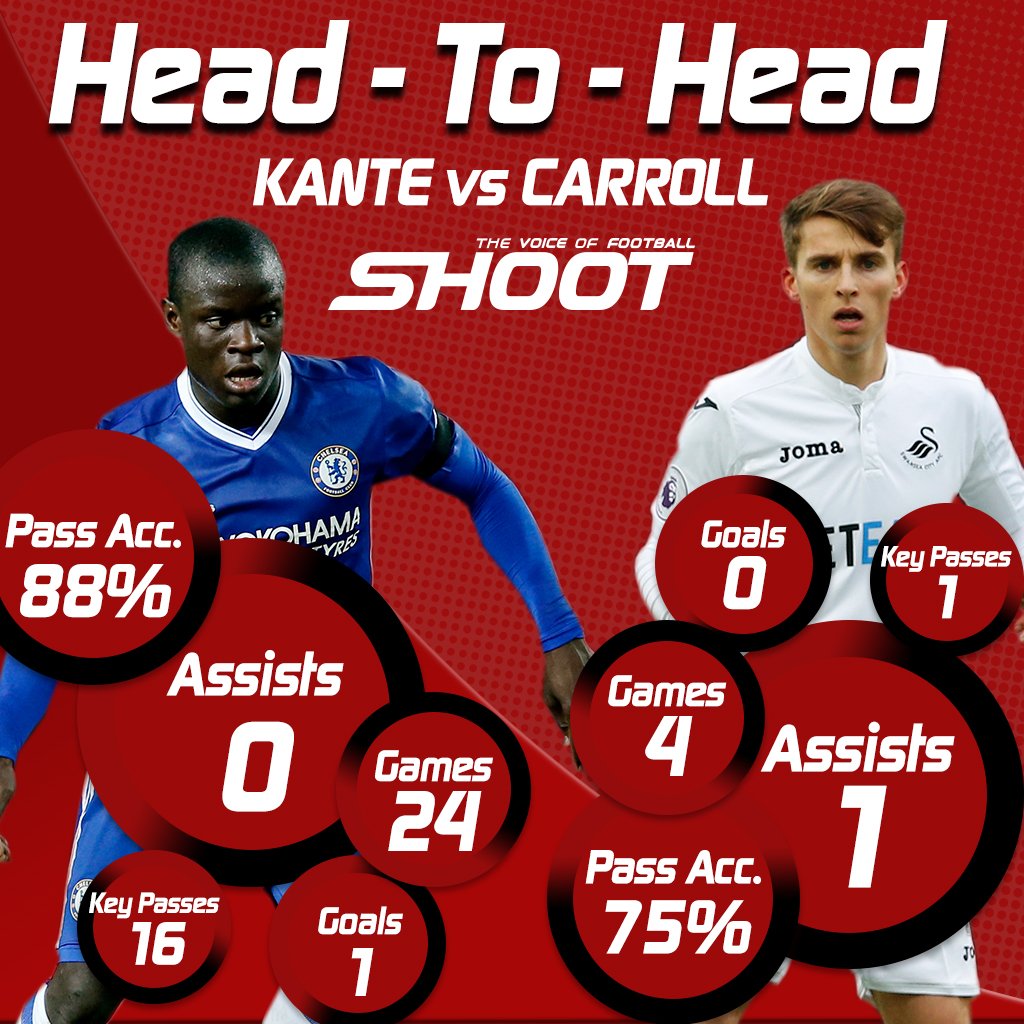