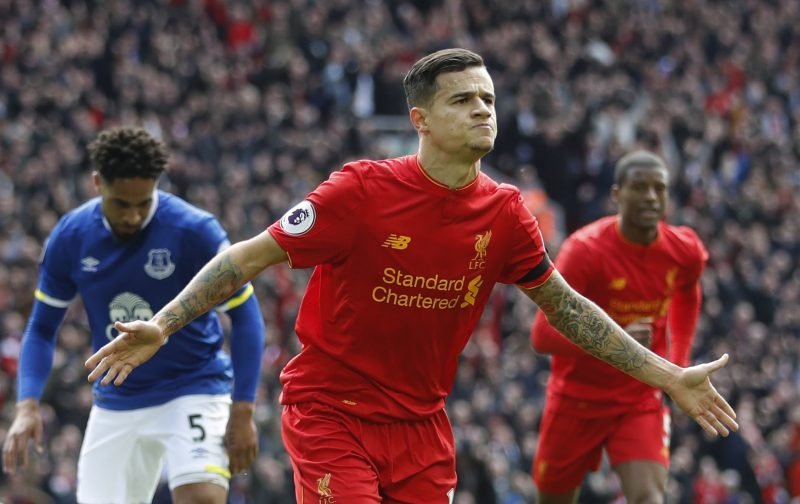 Easter Sunday’s Premier League action kicks off at The Hawthorns, as West Bromwich Albion welcome Liverpool to the Midlands (13:30).

The Baggies, who have suffered back-to-back league defeats to the hands of Watford and Southampton respectively, are looking to avenge October’s 2-1 loss at Anfield.

Meanwhile The Reds, who sit third in the top-flight standings heading into the Easter weekend, six points ahead of fifth placed Manchester United, have gone unbeaten in the Premier League since February 27 in their bid to finish in the top four.

For West Brom, central midfielder James Morrison is set to start for Tony Pulis’ hosts, with only Salomon Rondon (7) and Gareth McAuley (6) netting more league goals this campaign than the Scotland international.

As for Jurgen Klopp’s visitors, key man Philippe Coutinho is in inspired form, having found the back of the net three times in his last three Premier League outings.

So, with both midfield maestros set to go head-to-head on Sunday afternoon, here is how Morrison and Coutinho match up so far this season… 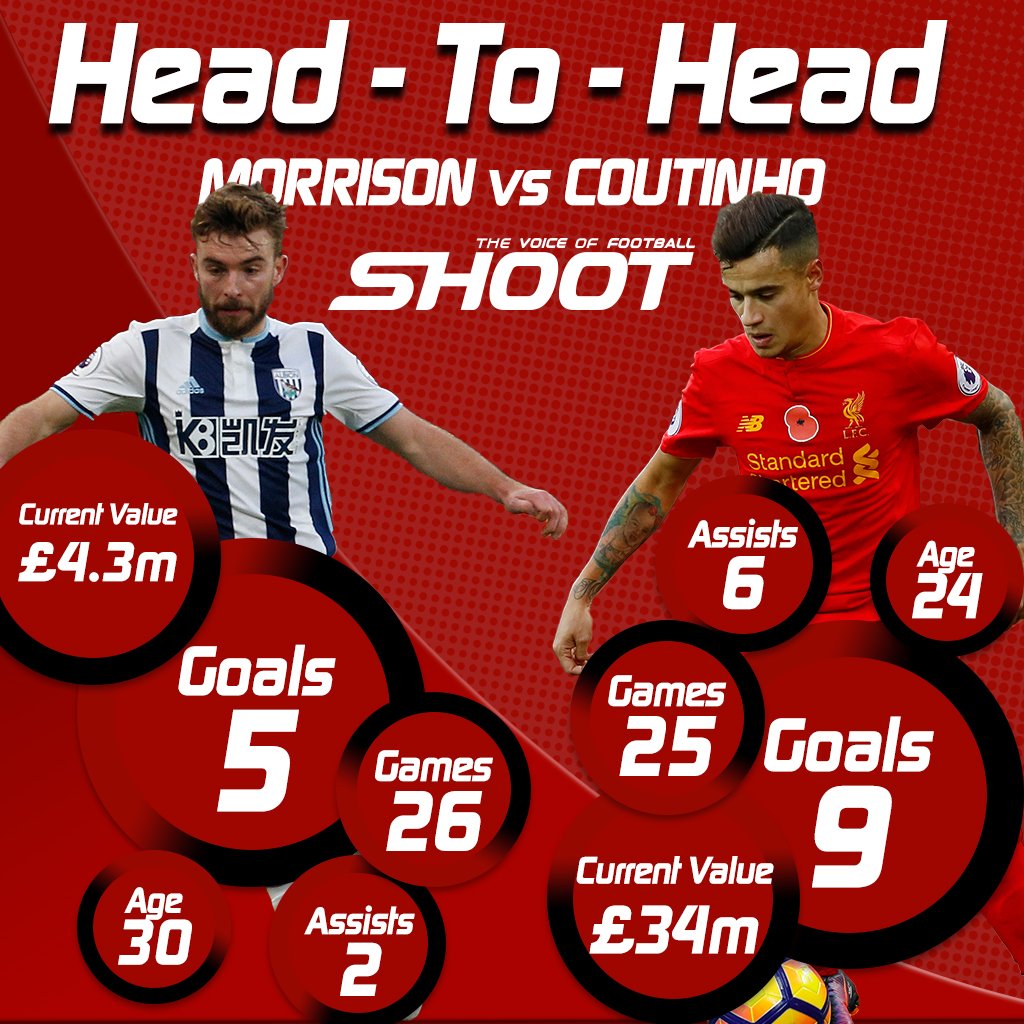