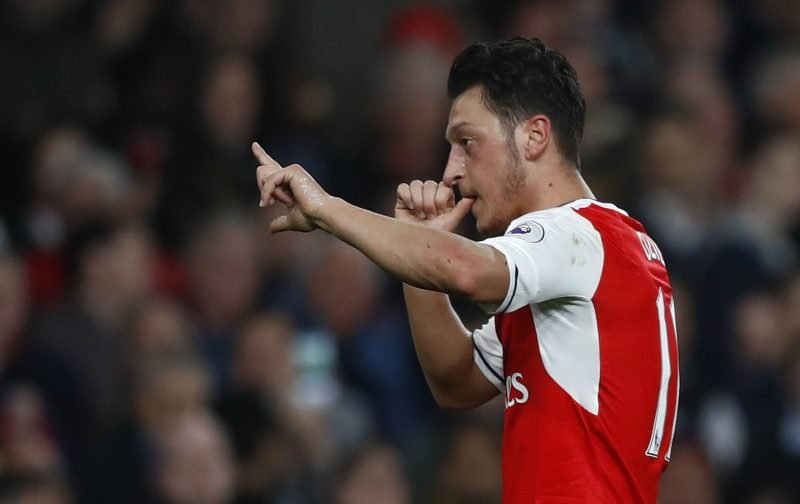 Arsenal host Premier League champions Leicester at the Emirates Stadium this evening (7.45pm kick-off) hoping to keep the pressure on the top four.

Arsene Wenger’s men reached the final of the FA Cup on Sunday after beating Manchester 2-1 at Wembley in the semi-finals, but they go into Wednesday’s clash against the Foxes seven points adrift of a Champions League qualification place.

And if Frenchman Wenger wants to maintain his remarkable record of finishing in the top four in every season in charge of the Gunners, he’ll need his best players to perform over the coming weeks, including midfielder Mesut Ozil, who he’ll hope will inspire his side to victory tonight.

However, it won’t be easy against a Leicester side who have been resurgent under new manager Craig Shakespeare, who replaced the sacked title-winning coach Claudio Ranieri back in February.

The Foxes have won five of their seven Premier League games under the 53-year-old to move six points clear of the bottom three, but they’ll know that they need at least one more win to guarantee their survival this term.

And Shakespeare will be hoping that 2016 PFA Player of the Year Riyad Mahrez, who was succeeded by former Leicester teammate N’Golo Kante as winner last weekend, can add to his five league goals with an inspirational display at the Emirates this evening.

So, with these two key attackers set to go head-to-head tonight, here is how Ozil and Mahrez match up in the league this season… 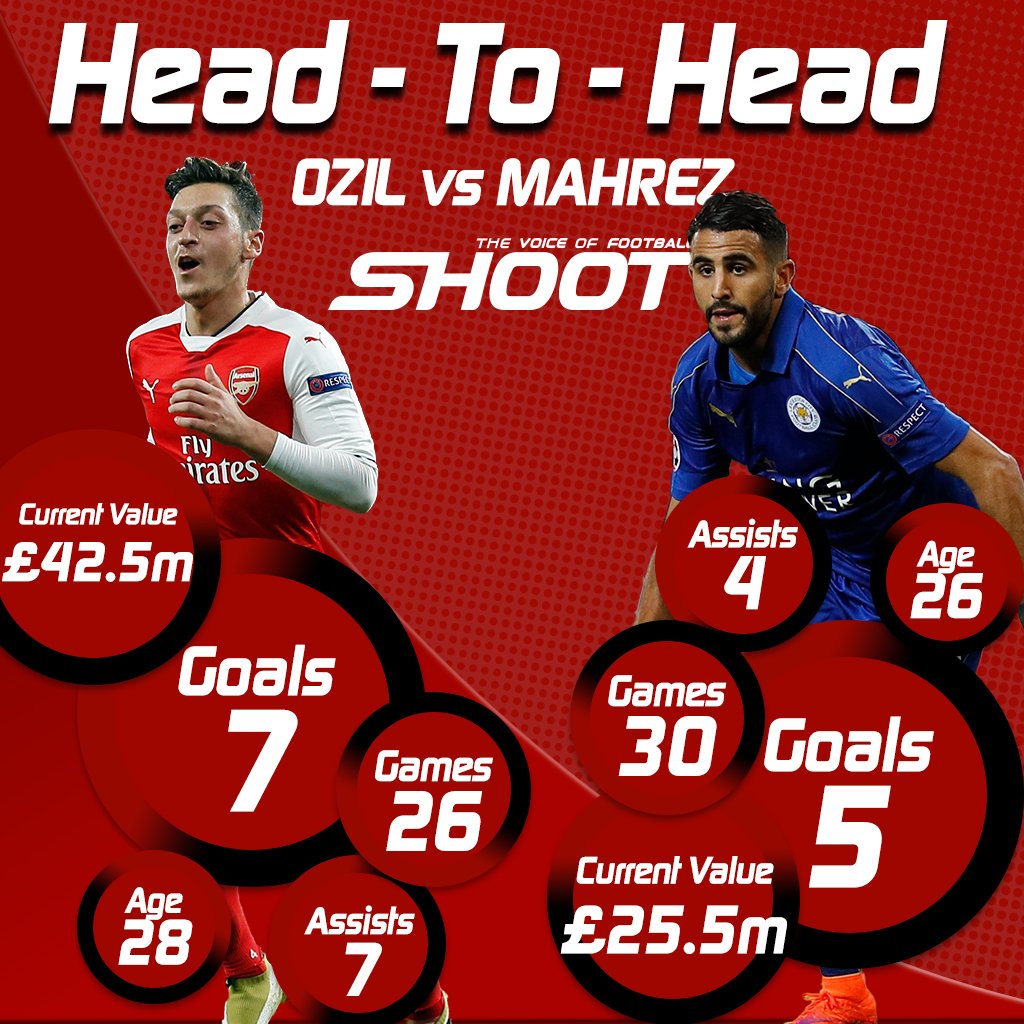