After the European group stages came to a close in the week, the Premier League returns to our lives once again this weekend, and after topping their group in surprising circumstances Arsenal’s attentions now turn to the visit of Mark Hughes and his Stoke City side.

After a torrid start to the season the Potters head to the capital looking to make it three wins from their last three Premier League outings, but face a Gunners side riding the crest of a wave after their triumph in Switzerland.

Arsene Wenger watched on as summer signing Lucas Perez answered his critics with his first hat-trick for the north London club before youngster Alex Iwobi rounded off the night with a fourth, leaving the Gunners top of their Champions League group despite a consolation goal from Basel’s Seydou Doumbia.

The Gooners now sit second, within touching distance of leaders Chelsea, and will be desperate for a win to keep pace with Antonio Conte & Co.

However, standing in their way this weekend are Mark Hughes and his star man Xherdan Shaqiri, who will be happy to spoil any cheer at The Emirates.

But how does the star from the Britannia stack up against the man on everyone’s lips in north London, Alexis Sanchez? Take a look… 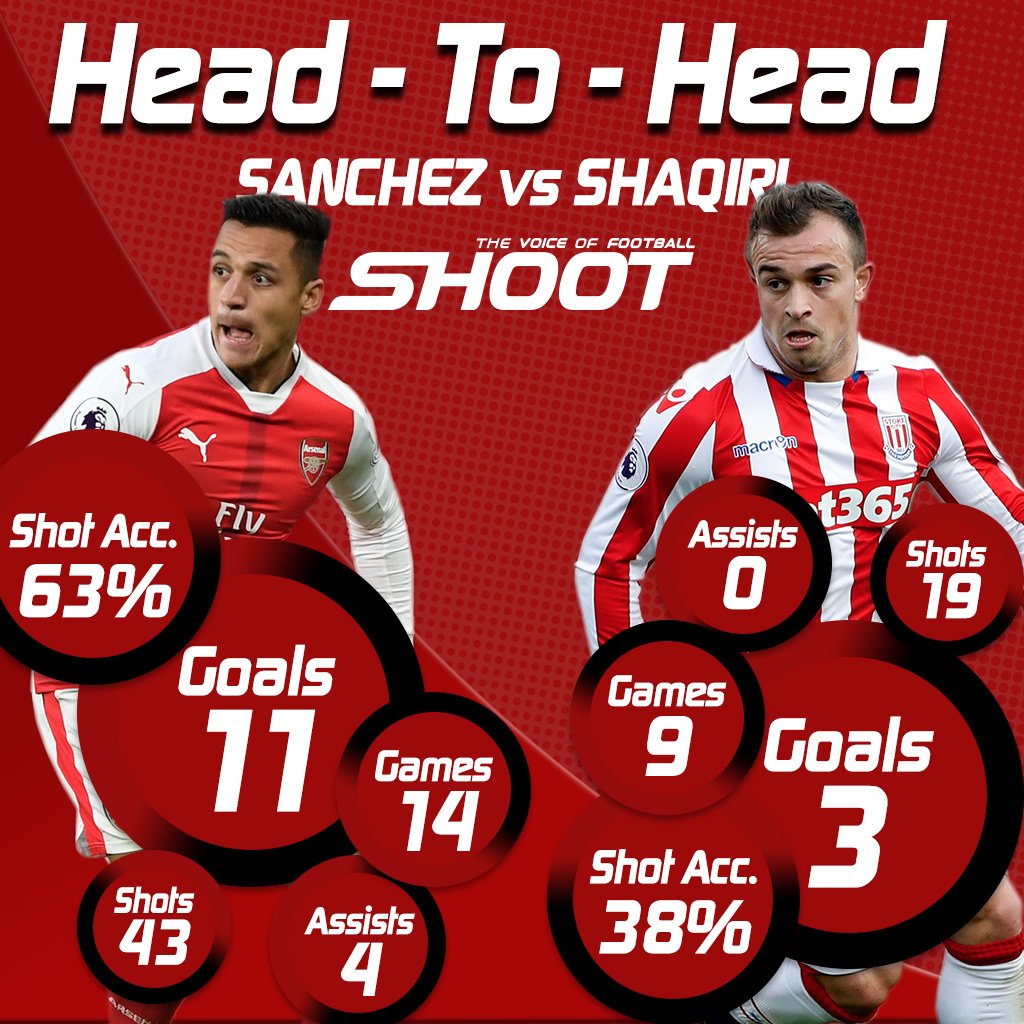