Having beaten Manchester United to secure their spot in the FA Cup semi-finals on Monday night, Antonio Conte’s Chelsea side are back in Premier League action this weekend as they look to go thirteen points clear at the top.

The west Londoners face a tough trip to face Mark Hughes’ Stoke City, who come into the clash off the back of their 0-0 draw with Champions League chasing Manchester City, having beaten now manager-less Middlesbrough before that.

The former Juventus boss in the away dugout will be looking to the likes of Pedro to make what could be a tough afternoon a lot easier for the travelling fans, whilst his Welsh counterpart will be hoping Xherdan Shaqiri, who is expected to return from a calf strain, can make the difference for the hosts.

With that in mind, just how do the pair stack up? Take a look… 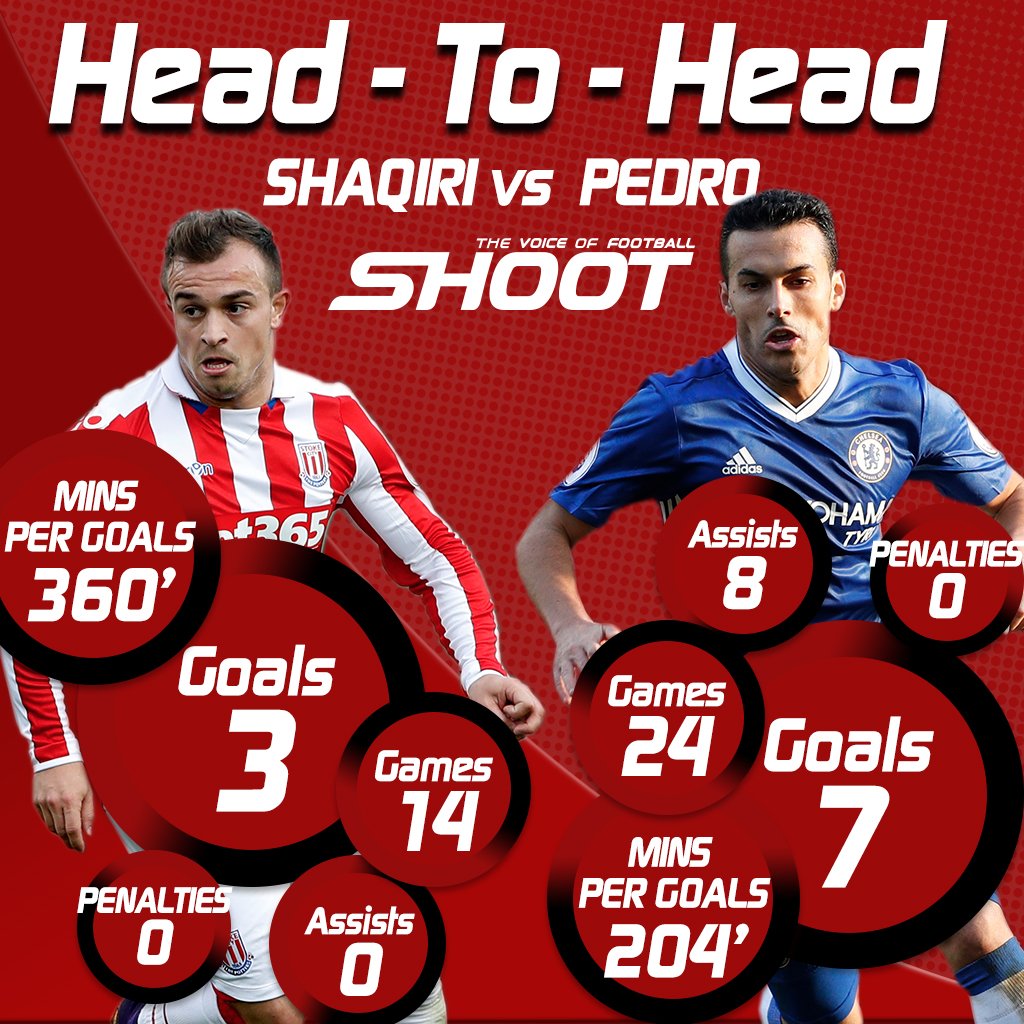