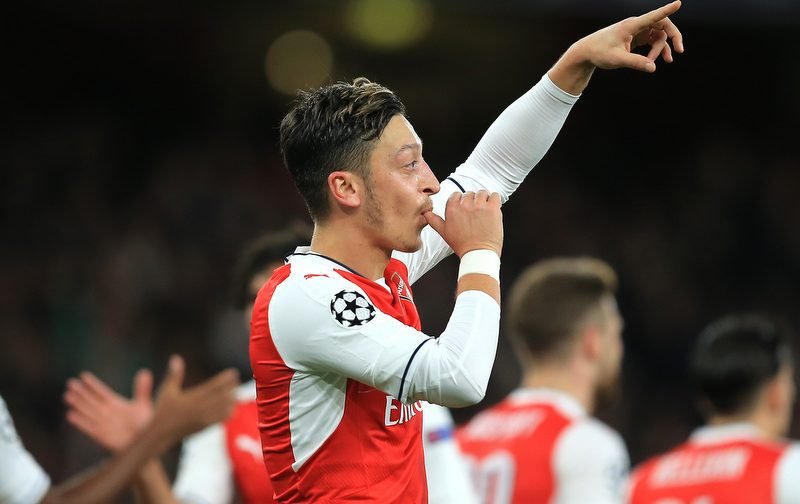 The Eagles, who lost 3-1 away to Southampton last week, hovered just three points above the Premier League’s relegation zone heading into the weekend.

Meanwhile The Gunners, who comfortably defeated West Ham United 3-0 at the Emirates Stadium in midweek, sat four points adrift of fourth placed Manchester City heading into the latest round of top-flight fixtures.

For Sam Allardyce’s hosts, winger Wilfried Zaha has been in impressive form, including scoring one and setting up another goal in his side’s recent 2-1 win over league leaders Chelsea.

As for Arsene Wenger’s visitors, fellow midfielder Mesut Ozil looks to be back to his best, after similarly netting one and teeing up another strike during Arsenal’s previous victory over The Hammers last week.

So, with both key men set to go head-to-head on Monday night, here is how Zaha and Ozil match up so far this term in the top-flight… 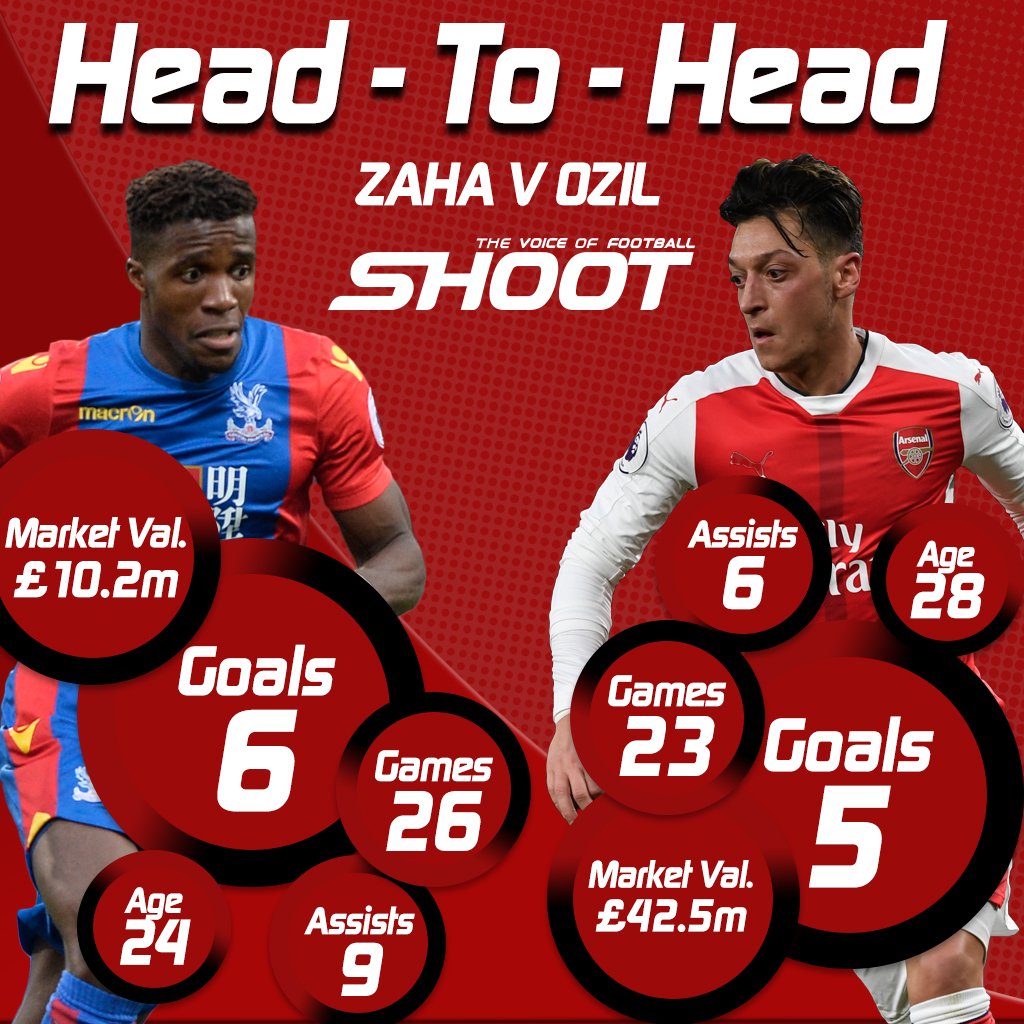