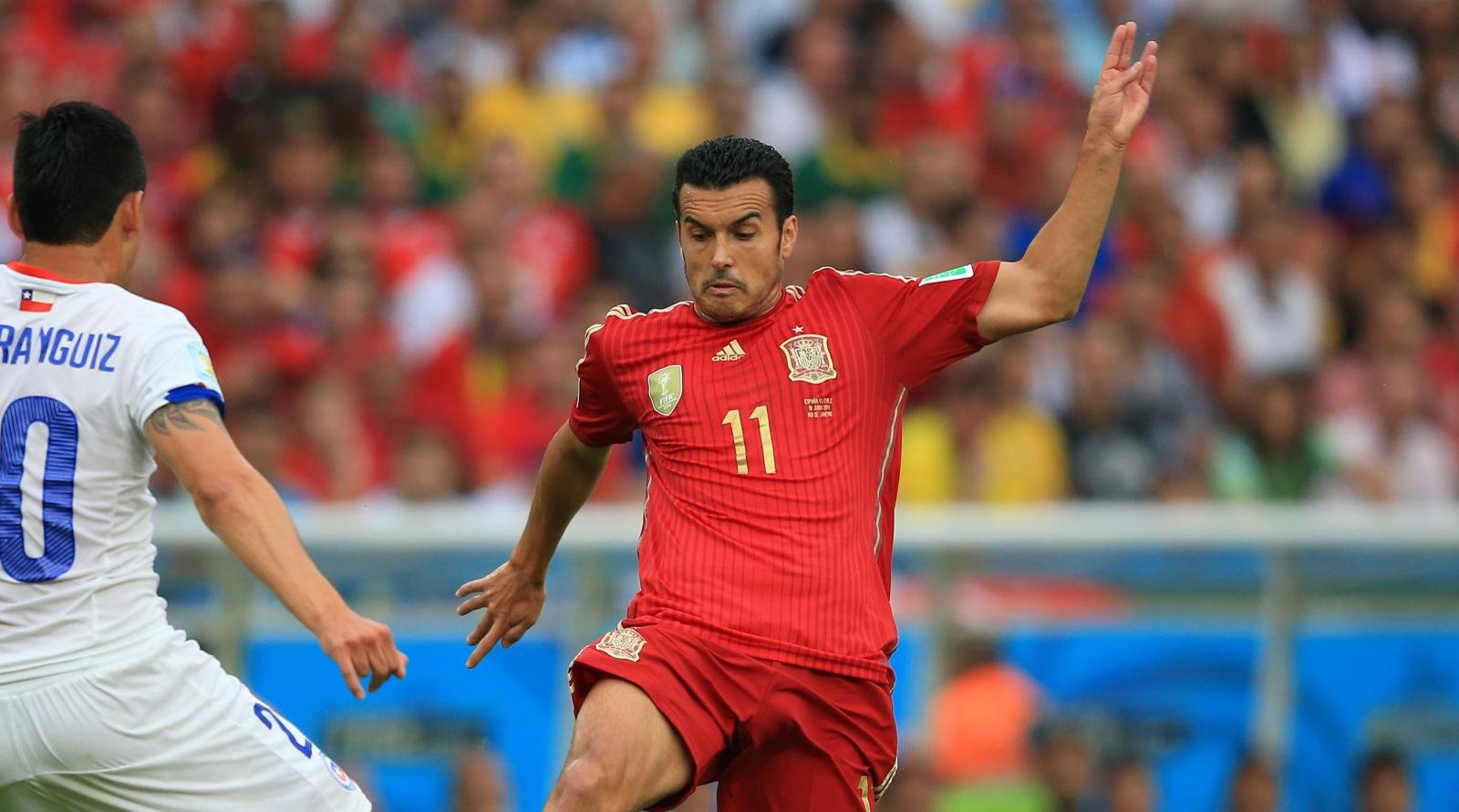 Surrounded by transfer speculation and a move away from Barcelona imminent, Pedro graced the field in the 93rd minute of last night’s Uefa Super Cup final. With five minutes left of extra time and the score still tied at four each, the winger smashed home the winner, a rebound from two yards out. The Spaniard then wildly celebrated his goal, whilst causing social media to go into meltdown. Many have now been left perplexed by the on going transfer saga, is Pedro staying or going?

Pedro started off his career at youth side San Isidro. He then joined the Barcelona youth team at the age of 17 and continued to play there for one season. He then earned himself a call up to the Catalans’ C team, making 70 appearances in two seasons and scoring 10 goals. In 2007 the Spaniard was then promoted to the Barca B team, where he established himself as a starter and played regularly for two seasons, scoring 17 goals in 55 games and attracting the attention of Frank Rijkaard, the Catalan Giants manager at the time.

Under Rijkaard, Pedro made his debut in January 2008, coming off the bench as a substitute. The following season under Pep Guardiola, the winger became a regular substitute for the first-team, making a total of 14 appearances that season. However, it wasn’t until the 2009/2010 term that the forward broke through and made himself a permanent starter. Totalling 52 appearances and scoring 23 goals, Pedro was an integral part of the Catalans’ treble winning team that year.

In the next four seasons, Pedro was a regular in the Barcelona XI, making 200 appearances and scoring 64 goals, including a number of hat-tricks. Last season the Spaniard continued his fantastic form, however usually coming off the bench as a result of Neymar’s arrival. Despite that, Pedro still managed to rack up 50 games, scoring 11 goals as Luis Enrique’s men won the treble, making the winger one of only a handful of men to win the trio of trophies on two separate occasions.

Pedro made his international debut in May 2010 in a friendly win against Saudi Arabia. A month later the forward scored his first international goal in a 6-0 victory over Poland. Pedro then featured for Spain heavily in the 2010 World Cup, starting in the final. Vincent del Bosque’s side went on to win the tournament, the winger earning himself a winners medal. In 2012, Pedro again won more silverware as Spain were crowned 2014 European Championship winners.

After his performance in last night’s Uefa Super Cup, the 28-year-old has attracted the interest of the footballing world as to where he will be playing this coming season. With interest from English giants Manchester United and Manchester City, the Spaniard is not short of options. However, as one of the most successful players in history, triumphing both at club level and internationally, Pedro is certain to want to add more trophies to his collection this season.