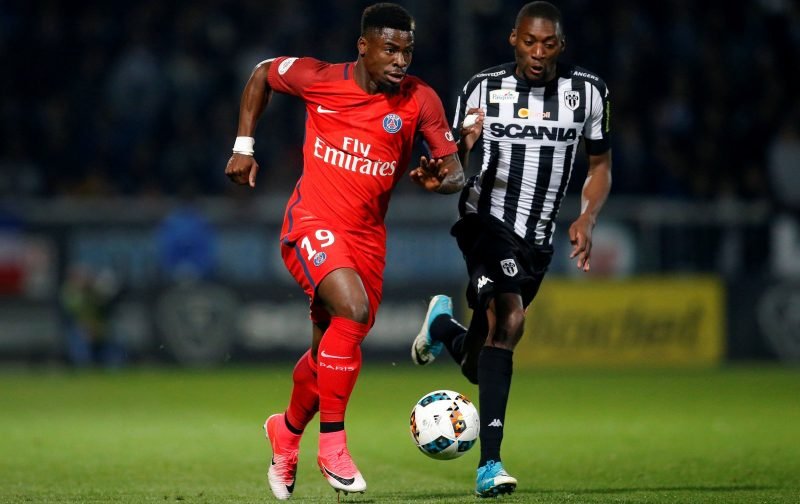 As it stands Manchester United may be off the pace of rivals Liverpool and Manchester City in the Premier League table, however, Jose Mourinho is showing no signs of letting that happen in the summer transfer market.

According to reports from French outlet L’Equipe (via Get French Football), the former Chelsea manager, now in the hot seat at Old Trafford, has held talks with Paris Saint-Germain right-back Serge Aurier, who has agreed in principle to make the move to the red half of Manchester this summer.

The Ivorian international has recently been linked with both Liverpool and Manchester City, as well as Spanish giants Barcelona, however it seems Mourinho has been able to bend his arm, despite the club’s current league standing of fifth.

The 24-year-old, who has over 150 Ligue 1 appearances under his belt, could well be a replacement for both Antonio Valencia and Matteo Darmian in Mourinho’s squad as he looks to continue his overhaul at Old Trafford.