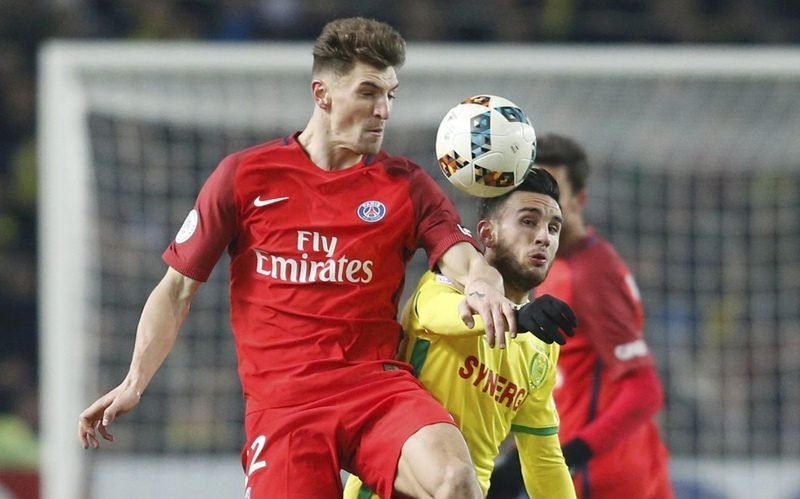 Belgium international defender Thomas Meunier admits he is “a big fan of Manchester United”, according to DH.

The Premier League side, who currently sit sixth in the top-flight table following Saturday’s 2-0 victory over Watford at Old Trafford, have been linked with the Paris Saint-Germain full-back.

The 25-year-old, who has 15 international caps for his country and featured for Belgium at UEFA Euro 2016 last summer, has scored two goals and four assists in 23 appearances in all competitions for the defending Ligue 1 champions.

Meunier, who is contracted at the Parc des Princes until June 2020, admitted he would one day like to play in the Premier League to Belgian outlet DH.

“I’m very happy in Paris and if I finish my career there, it won’t be a disappointment, far from it,” he said.

“On the other side of the Channel, there are the stadiums, the fans, and I’ve never hidden that I’m a big fan of Manchester United, which remains, in my eyes, the real reference in the world of football.”

The Red Devils have been linked with a mega-money move for Atletico Madrid ace Antoine Griezmann this summer, although United manager Jose Mourinho could be tempted to strengthen his defensive ranks also in the off-season, given that he is deploying Antonio Valencia at right-back this term.