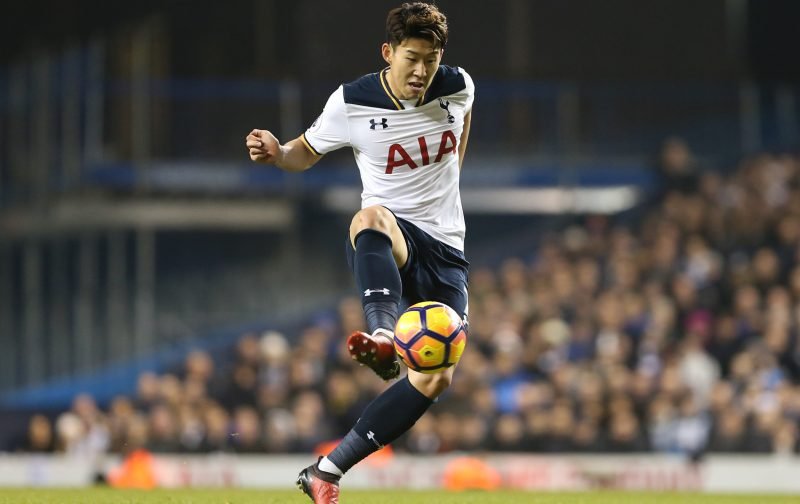 French champions Paris Saint-Germain are considering a move for Tottenham winger Son Heung-Min, according to reports from the Evening Standard.

The South Korea international looked set to leave the club over the summer, however, he was kept on and excelled during the absence of Harry Kane through injury.

The 24-year-old was also instrumental off the bench when Mauricio Pochettino’s side came from behind late on to beat West Ham at White Hart Lane earlier this season.

Although he is often used from the bench and not a key member of the squad, the north London side will more than likely be looking to keep hold of their man as they look to utilise the Europa League to regain their Champions League status.

Despite having signed Jese from Real Madrid over the summer, the French giants are seemingly still not content with their wingers, having also been strongly linked with a move for Arsenal target Julian Draxler.