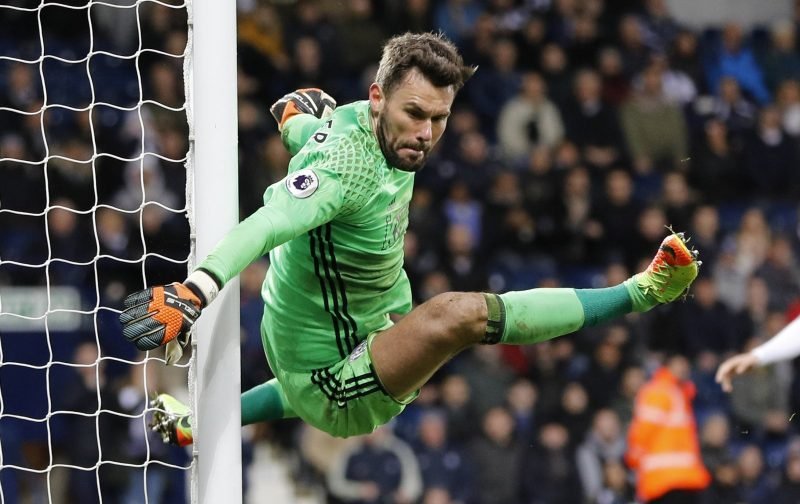 Ben Foster has been singled out for praise by manager Tony Pulis after West Bromwich Albion came from behind to defeat Bournemouth 2-1 at the Hawthorns, report Sky Sports.

Josh King initially put the visitors ahead from the penalty spot after just five minutes but the hosts responded with goals from Craig Dawson and Gareth McAuley to claim their fourth straight home win and condemn Bournemouth to their fourth league defeat on the trot, leaving Eddie Howe’s side just five points clear of the relegation zone.

The Baggies are now nine points off the European places, although fifth placed Liverpool and sixth placed Manchester United both have a game in hand.

Following the 2-1 win over Bournemouth, Pulis was full of praise for his goalkeeper, who made good saves from Lys Mousset and Tyrone Mings:

“He’d have been disappointed if he’d have let those in.

“He’s a top goalkeeper and a top professional. If you come in and watch him work his attitude is fantastic.

“This year he had an injury for a while and he was out for ages but since he’s come back his form has been fantastic.”

West Brom have now reached the magic 40 point mark, deemed to be the amount needed to survive in the Premier League, although it’s fair to say the Baggies have much more than just survival on their minds this season and will be looking to continue their good form and close the gap on the league’s top seven sides.