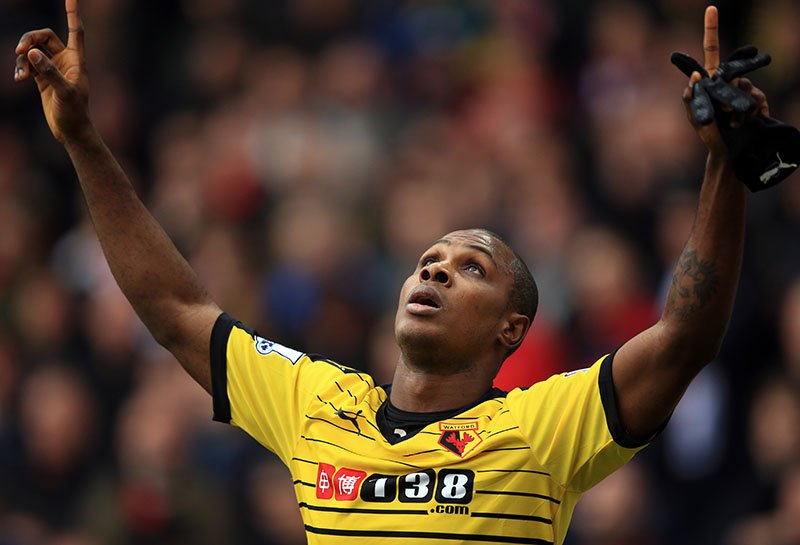 West Brom are hoping to follow up the signing of Jake Livermore with a swoop for Odion Ighalo of Watford.

According to a report in The Sun Livermore is expected to complete a £10m transfer from Hull later today with Tony Pullis switching his attention to Ighalo.

The 26-year-old has only one Premier League goal to his name this season but has impressed Pullis with his work rate and willingness to put the team first.

Ighalo is in his third season at Watford but would welcome a change of scene and the chance to challenge for a regular first team place.

Jose Salomon Rondon has carried the main goal threat for the Baggies this season with Pullis anxious to bring in another striker to share the goalscoring burden.

If Ighalo can be signed it increases the chances of Saido Berahino moving on with Stoke City the likely destination for the out of favour striker.