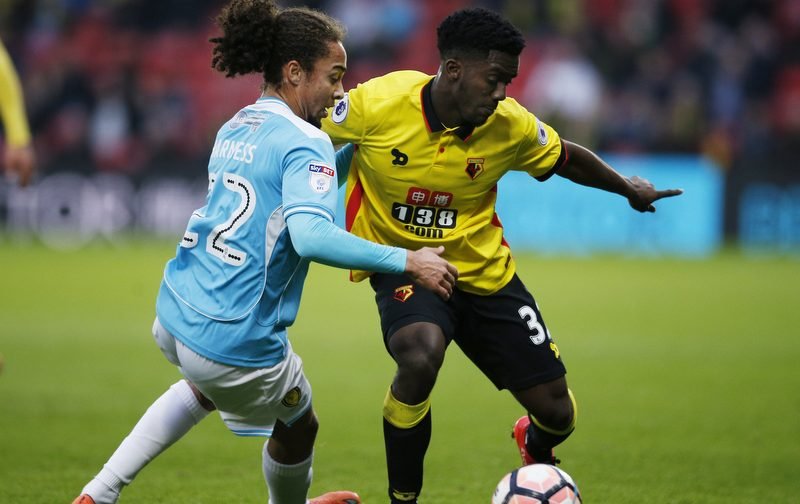 Shoot! recently spoke exclusively to Watford defender Brandon Mason, who has enjoyed a breakthrough season at the Premier League club this 2016-17 season.

The 19-year-old, who made his first-team debut against Tottenham Hotspur on New Year’s Day and is set to sign a new long-term contract at Vicarage Road this summer, opened up about his youth career, the step-up to senior football, his admiration for club captain Troy Deeney, gratitude to manager Walter Mazzarri and much more.

Mason, who has now racked up three first-team appearances for The Hornets this campaign, then took time out to take on Shoot!‘s quick-fire Q&A Challenge…

Who was your footballing idol when growing up?

“I would have to say Cristiano Ronaldo, especially at that age when he was at [Manchester] United, because I watched him non-stop. I was more or less a winger to be honest, my game is based around wing play really. It was only until I turned 15, when I was playing Under-15s [football], that one of the coaches said, ‘Why don’t you try and play full-back?’ 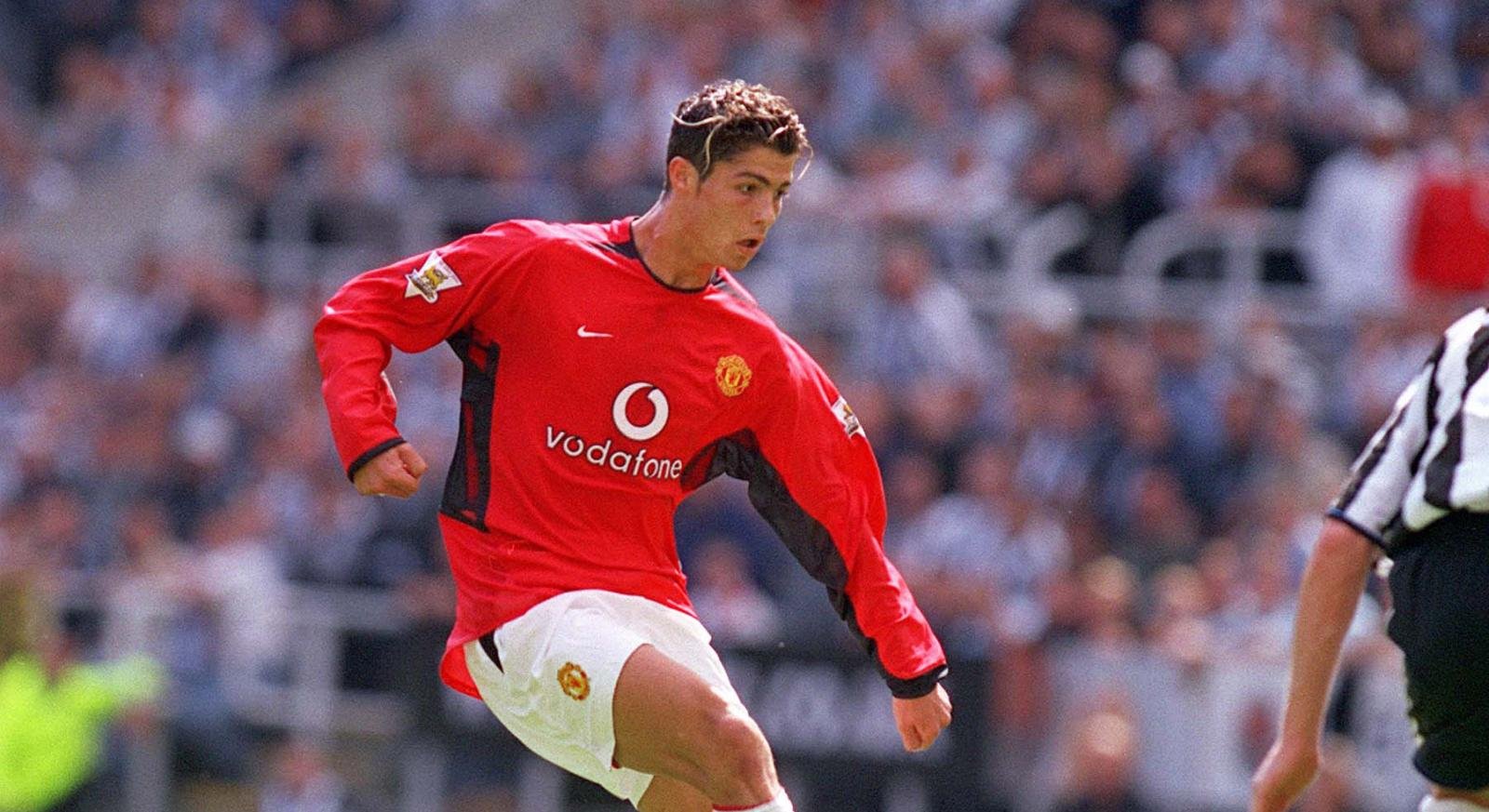 Do you have any nicknames – and why?

“There is one that is quite out there, Beezy. It is a family name that they have been calling me since I was about 12. It came from my cousin, Jordan, and it kind of materialised, especially at Watford. Literally everybody around the club calls me it, player-wise. It is just random!”

Do you have a celebrity crush?

“If I were to say anyone, I would say Mila Kunis.”

Can you summarise yourself in three words?

What is the best advice you have ever received?

“Probably from my dad, he always tells me to always want more. Don’t be satisfied with what you have got.”

What is your most embarrassing moment in football?

“Last season, I gave a dodgy backpass to the goalkeeper against Nottingham Forest and they scored from it. That was quite embarrassing!”

If you could choose any three dinner guests, past or present, who would they be and why?

“David Beckham (pictured below), because he is probably the coolest guy in the world. Kevin Hart, to keep the jokes flowing, and probably someone like Stormzy, because he is funny and makes good music as well.” 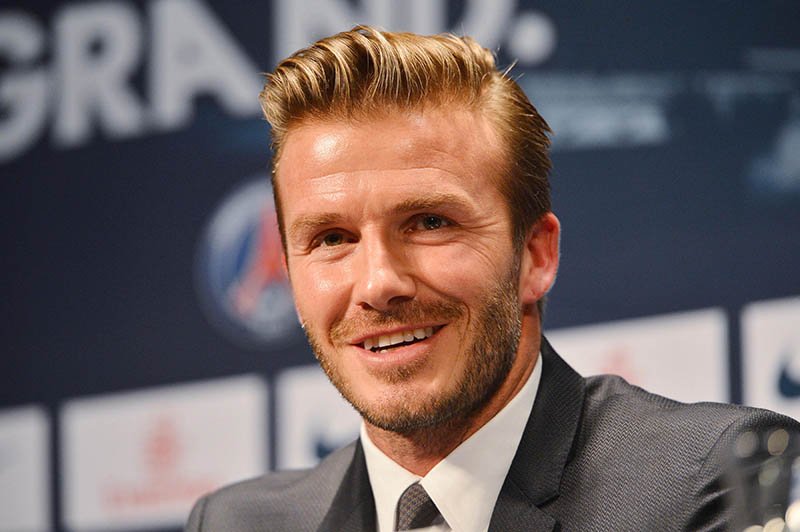 “Blinded by your grace.” [Stormzy]

“I would say I am Legend and Limitless.”

If you weren’t a footballer, what would you be?

“I was pretty decent [at school], pretty much got Bs all round. I was good at drama as well to be fair [laughs]! Everyone laughs when I answer this question.

“I enjoyed it, I don’t know what it was, done it quite a bit and took it as a GCSE as well. It is something I haven’t really thought about, but I would consider it to be honest. I do find it fun.”

What do you like to do on your days off?

“I just like to spend time with my family, that is what I normally do, or go out to eat with friends or something that is chilled out, because football is something that takes a lot out of me.

“My family is massive, cousins all over, two brothers and two sisters as well. One of my brothers is a personal trainer as well, which is really good for me.”

Who is the best player you have ever played against?

“Because I struggled to even get close to him, because I like to get close to players and rattle them a bit, I thought Kieran Trippier was quite a good player. He is clever and is probably the toughest I have faced.” 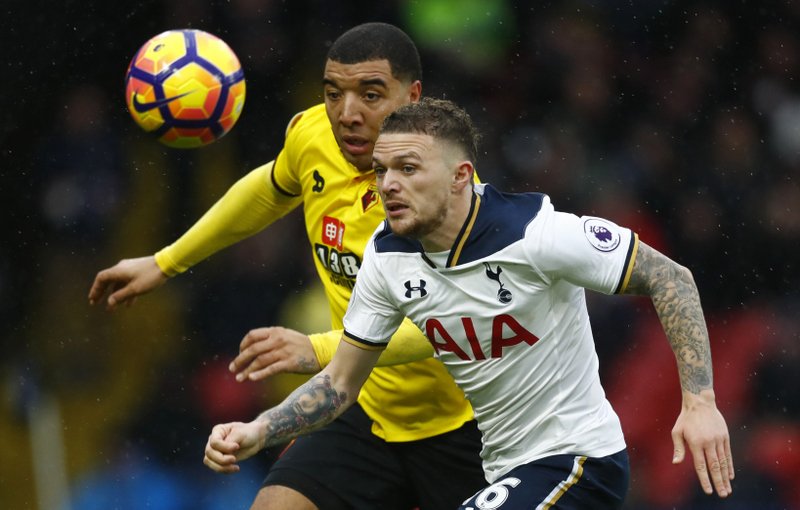 “[Against] Burton Albion because I enjoyed it the most and it was quite emotional. All my family was there to see it as well. I knew quite early in the week [I was going to play], I got the heads up and just concentrated throughout the week.”

If you could work with any manager in the world, past or present, who would it be and why?

“Sir Alex Ferguson, he just instils winning and everyone loves winning. He seemed to make sure that everybody was on it and on their game. It seemed like a dream to play under someone like that.”

What’s the one thing you can’t live without?

“Family. Any problems I get, I just revert back to them.”