Rachel Yankey and Katie Chapman: The WSL need to make the most of World Cup success 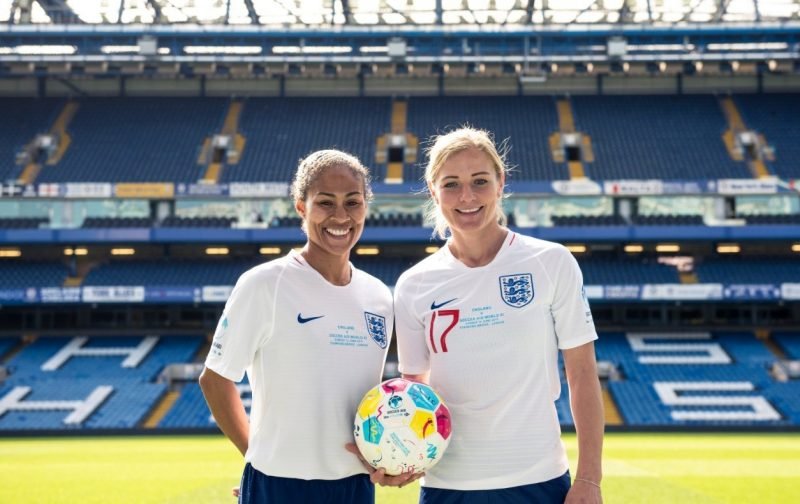 England greats Rachel Yankey and Katie Chapman hope the success of this summer’s 2019 Women’s World Cup in France will be capitalised on by the Women’s Super League.

The eighth edition of the tournament is the biggest yet, with record crowds and worldwide TV viewing figures lighting up what has been a brilliant showcase of women’s football.

And with the Lionesses tipped to go far once more following their third-placed finish in 2015, the former midfielders hope it will help continue to grow the game in the UK.

Yankey said: “The amount of fans and the amount of women that are going out there to watch the Lionesses and Scotland national teams play is fantastic.“

“It’s huge and pleasing but we need to convert that to when the team comes home. When the WSL starts people need to be getting them into the grounds because that is still the big problem.”

Chapman added: “I think it’s great that people can see the games on BBC so more people are watching it.

“I’ve experienced what it’s like to go out there and be around the fan zones which was great. The amount of support they had out there was unbelievable.

“We saw an initial boom off the back of the last World Cup in 2015 but then it petered out a bit so we need to find a way that we can keep rising the gates.

“There needs to be a lot more games on channels that are easier for everybody to watch. If more people are watching it then that should help raise the gates.”

The duo are amongst the first female players to take part in Soccer Aid, which takes place at Stamford Bridge on Sunday June 16.

And former Arsenal star Yankey, who played 129 times for England, says it will be inspiring to young girls.

“Just the opportunity to play here and for young girls watching to see they can relate to someone who’s on the pitch is a big step,” she said.

“We are saying that we want the game to be supporting children and we’re proving it because there’s now someone out here that all children can relate to.

“It’s a real positive message for Soccer Aid to do this and hopefully we’ll raise lots of money.”

Chapman, who won 94 senior international caps, is looking forward to playing at Stamford Bridge having spent the last four years of her career at Chelsea.

“I’m so excited. I can’t wait to play football again and obviously to come to Stamford Bridge and play in a big stadium.

“We’ve raised a lot of money and are still going to continue to raise money for Unicef – a great cause. Hopefully people will watch it on TV and turn out in their numbers. It’s going to be fun.”