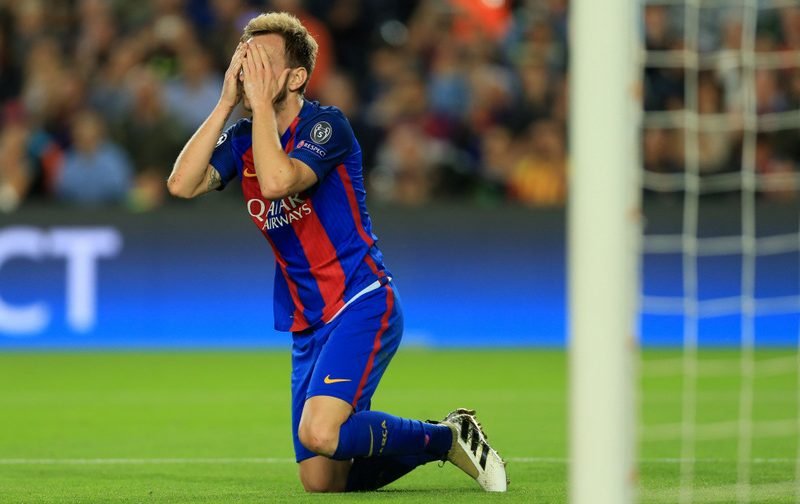 Manchester City are reportedly set to miss out on signing Croatia international star Ivan Rakitic, according to the Daily Mail.

The Premier League side, who currently sit fourth in the English top-flight standings after their opening 20 league fixtures, have been linked with a move for the FC Barcelona midfielder during the January transfer window.

The 28-year-old, who has 81 international caps for his country and featured for Croatia at Euro 2016 last summer, has scored three goals and provided one assist in 21 appearances in all competitions for the La Liga giants so far this season.

However Rakitic, who has previously played for FC Basel, Schalke and Sevilla, is understood to be happy at the Nou Camp and is in fact in discussions to put pen to paper on a new contract with Barca.

The Croatian’s agent, Arturo Canales, said, “Ivan is very happy at Barcelona, where he has been tremendously successful and has a contract with the club until 2019.”

Rakitic was part of the Barcelona squad that won the Champions League in 2015.