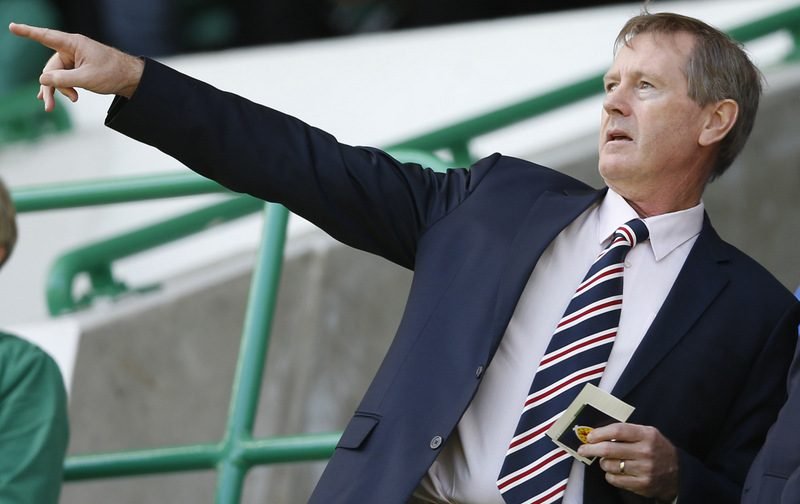 This season has seen Celtic completely dominate the Scottish Premiership, becoming not so much a title race, but a procession as Brendan Rodgers’ side have swept aside all their rivals, but that’s not stopped Rangers chairman Dave King from aiming to surpass The Hoops in the not-too-distant future.

Rangers hope the appointment of Pedro Caixinha will enable the club to take the first steps towards overturning Celtic’s dominance as the Portuguese manager begins the process of making his team the force they once were in Scottish football.

As Celtic move towards the inevitable sixth successive title, Rangers sit third in the Scottish Premiership, 33 points behind them, although it should be remembered it’s their first season since promotion.

King noted, “While to some extent it is disappointing what has happened this season, we are certainly not letting the pressure of that change the long-term ambition, which is to get close and overtake Celtic within the reasonably foreseeable future and get back to being number one in Scotland.”

“When I was approached and asked if we would waive compensation, I said no we wouldn’t – that’s what contracts are for – but would be flexible on the payment terms,” King added.

When it comes to challenging Celtic, it may take a large amount of investment from King and the Rangers board as the club looks to end its dispute with retailer Sports Direct over the coming months.

Here’s how Rangers fans reacted to the King’s comments…

@RangersFC hopefully he does back him then! Actions speak louder than words

While Celtic fans couldn’t help but have a little dig…

Remember when Dave King was relevant to anyone outside £1brox or Scottish Media?
……me either!

@TheClumpany The only way for Rangers to get back on a level playing field with Celtic is through a Ouija board, not Dave King’s board