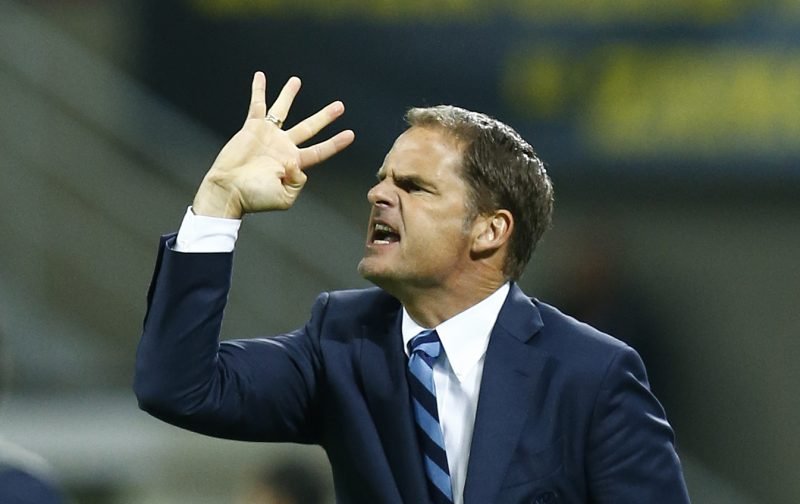 Ronald de Boer says Rangers won’t be able to appoint his brother, Frank, until after the season ends, according to reports by the BBC.

Since Mark Warburton left Ibrox, several names have been linked with the manager’s job, including Frank De Boer, who had a spell with the club just over a decade ago as a player, but his brother Ronald says the former Ajax and Inter Milan manager won’t accept the post just yet.

De Boer admitted, “He will never take a team at this time of year.

“Frank won’t go into that [whether there has been an approach from Rangers] but he told me, and I knew this already, that he’s waiting probably until the end of April and then he will take his decision on what options are on the table.

“He wants to have a decent run-up. He had this lesson with Inter Milan when he had only two weeks to start the league, he couldn’t really prepare the team.

“I think he learned from that so he wants to have a good pre-season and get to know the players very well.”

Frank De Boer was sacked by Inter after just three months in charge and has blamed a lack of time to prepare as one of the reasons it didn’t work out for him at the San Siro.

It’s not yet known who will take over from Warburton, with names such as Alex McLeish and Billy Davies also being linked with the job, as Graeme Murty takes charge on a temporary basis this season, as the club make a decision on a permanent appointment.