Rangers fans react to news Kenny Miller could be leaving 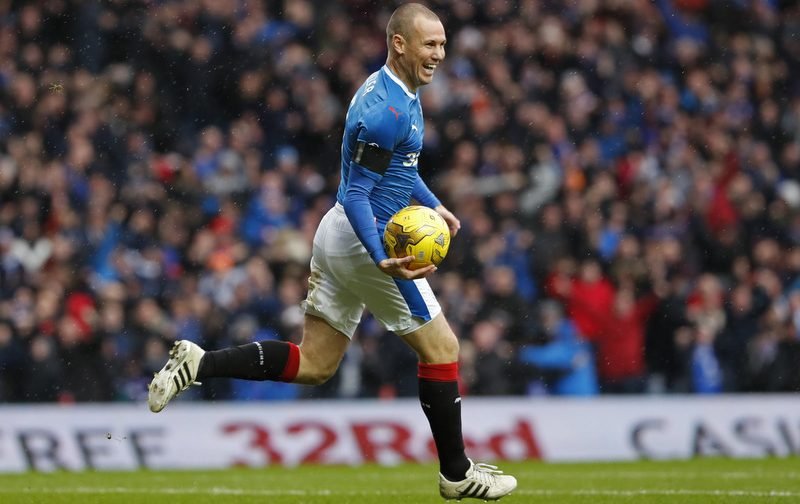 It’s not been the easiest few days for Rangers fans, watching Celtic lift a six successive title and seeing their side held to a draw at home to Motherwell and in many ways news that legendary striker Kenny Miller could be leaving Ibrox is the last thing many will want to hear.

Miller’s contract is up at the end of the season and the former Celtic forward revealed he’s not had any indication that new manager Pedro Caixinha has yet to offer him a new deal.

Miller said: “Nothing has moved on at all. There has not been any chat.”

At 37 years old there’s every chance that the new manager doesn’t view Miller as part of his plans as he looks to make Rangers a side that can challenge Celtic next season and stop them making it seven titles in a row.

News that Miller could be leaving after his third spell at the club has evoked a strong response from Rangers’ fans on social media:

@Falkirkbear3 Would rather we invested in the future, although would love Kenny Miller to be part of that (as a coach)

@PedroCaixinha ho you I better see a contract to kenny miller for another couple of years!!!!!!

Kenny Miller should be offered another year at least. His time is not up yet. Pedro, gee him a contract!

I like Kenny Miller but he’s followed the money his entire career. I hope he stays for footballing reasons. Loyalty shouldn’t come into it.