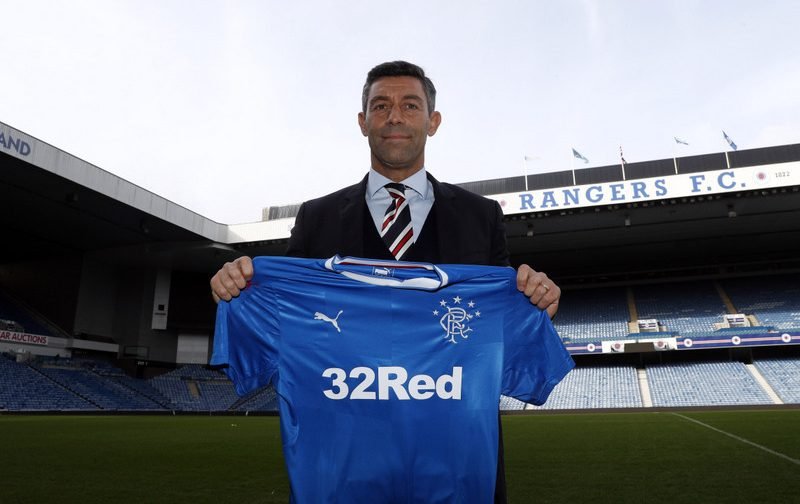 Saturday’s 5-1 loss to Celtic capped off a disappointing week for Rangers coming off the back of an Old Firm defeat in the Scottish Cup semi final.

Scott Sinclair got the visitors off to a great start when he converted a penalty after Myles Beerman fouled Patrick Roberts in the Vox before Leigh Griffiths scored a spectacular second.

Callum McGregor bagged a third on half time to put the game beyond Rangers’ reach.

Dedryck Boyata made sure when he headed in Griffiths’ free kick as Rangers began to look as though they were ready to throw in the towel. It was up to veteran striker Kenny Miller to restore some Rangers pride although it was scant consolation, as Mikael Lustig curled in the Celtic’s fifth goal.

The result means that Brendan Rodgers’ side remain unbeaten in domestic football this season, remaining on course for their first domestic treble in over 15 years.

After the game Pedro Caixinha tried shouldering the blame, noting: “We played well but I am to blame, it is my total responsibility.”

Here’s how Rangers fans reacted to the game and Caixinha’s comments:

I can’t blame Caixinha for that, must be near impossible to change the mindset of those players who played under Warburton for 2 seasons

Caixinha has to take his share of the blame here, how naive do you have to be to play the same formation a week after you get a hiding!?

@Smiffy54AC @Snoopsrfc Still early days for Pedro but his tactics,subs,et etc are all over the place.

@Smiffy54AC @Liamwatp To be honest, I don’t remember us ever being this gutless in two games against them, so PC does have to take some flak

@Smiffy54AC how can you not blame him? Tactically a disgrace and hasn’t learned from last week.