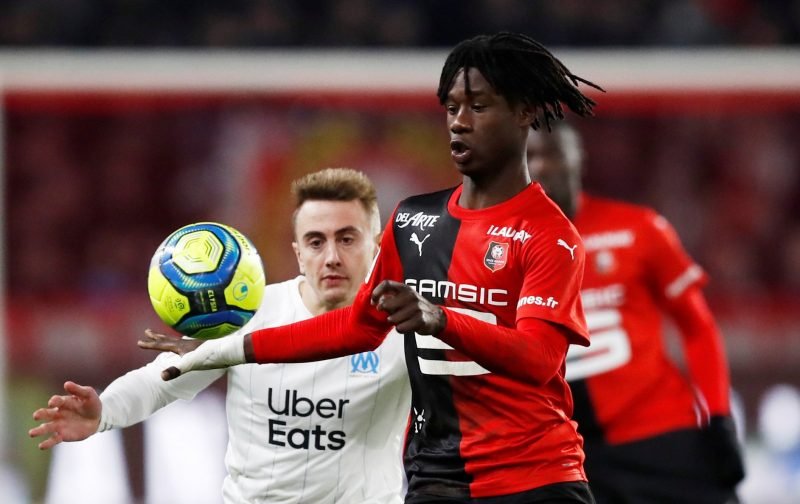 Real Madrid boss Zinedine Zidane approves a move to sign Eduardo Camavinga instead of Paul Pogba, according to Marca.

Zidane has openly admitted his admiration for Manchester United star Paul Pogba and Madrid have been linked to signing the midfielder for mega money.

However, having lost stars such as David Beckham and Cristiano Ronaldo to Madrid in the past, United have held strong with their £150million valuation for their World Cup winner.

Real Madrid boss Zinedine Zidane is not afraid to splash the cash.

There has been talk of a player, plus cash deal but no real movement has taken place between the two clubs ahead of a possible summer move.

However, Marca have now reported that Zidane, has given his approval for the signing of a different option to Pogba in way of Rennes midfielder Eduardo Camavinga.

At just 17-years-old, Camavinga is an amazing talent and has put in some excellent performances from midfield this season.

Due to his age, Rennes have put a valuation of €100million on their man, but with his contract expiring in 2022, Marca report that a €60million offer would be considered.