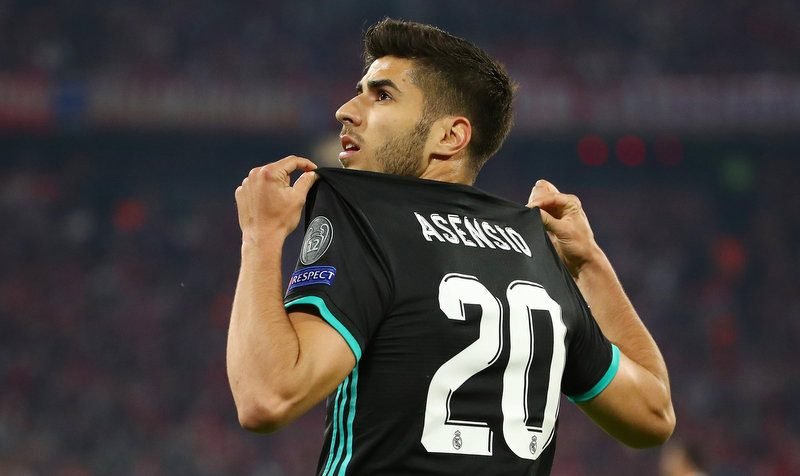 The La Liga giants, who defeated Liverpool 3-1 in the 2018 UEFA Champions League final only last month, could look to raise funds by offloading the winger to fund a mega money move for former FC Barcelona forward Neymar.

The 22-year-old, who has 14 international caps for his country, scored 11 goals and provided six assists in 53 appearances in all competitions for the Spanish giants last season.

Asensio, who is currently on international duty with Spain at the FIFA World Cup finals in Russia, has netted 21 goals in 91 games overall for Madrid since joining from Mallorca back in December 2014.

With Madrid understood to be interested in signing Paris Saint-Germain star man Neymar, who cost the Ligue 1 champions a world record £200m last summer, the report suggests they could sell Asensio ahead of the 2018-19 campaign to help raise funds.

The left winger is said to be a transfer target for Premier League side Liverpool, with the report adding that Madrid could make €200m (£176m) off The Reds for the left winger’s services.