RedFaces: ‘Championship play-offs is a minimum expectation for Sheffield Wednesday’ 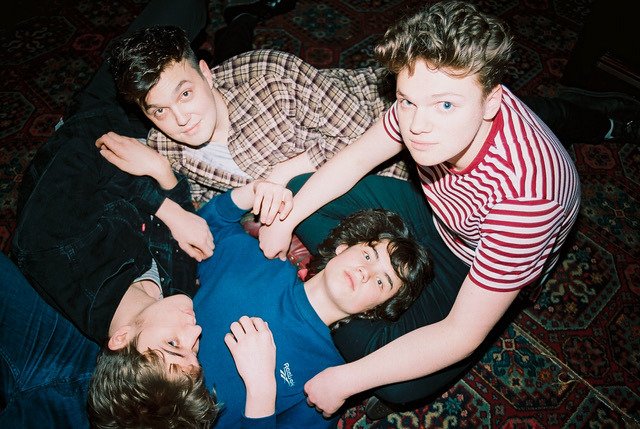 RedFaces stars and Sheffield Wednesday fans, Harry Lyon and Ryan Laycock, believe the current Owls squad is the best they have seen in their lifetimes.

The 17-year-old lead vocalist and 20-year-old guitarist from the Indie Rock band spoke exclusively to Shoot! ahead of the club’s crucial Championship clash against Yorkshire rivals Leeds United on Saturday afternoon (12:30).

Having won four of their last five league outings, Carlos Carvalhal’s side have strengthened their grip on the division’s final play-off spot in sixth spot, whilst also moving six points clear of seventh-placed Fulham.

Ahead of tomorrow’s game at fifth-placed Leeds, who are level on points with Wednesday (58), Laycock insisted finishing in the Championship’s play-off places is a must for Carvalhal’s men this term.

“I think the play-offs is a minimum expectation,” he said.

“I think everyone would be surprised if we didn’t make the play-offs. If you look at the squad we have got on paper, compared to where we were two or three years ago, it is the best Wednesday side that I have ever known in my lifetime.

“If we can push for the automatic [promotion] spots, we will need either Brighton [and Hove Albion] or Newcastle [United] to have a little slip up, which Brighton did last season when we played them in the play-offs.”

Sheffield Wednesday fans won’t need reminding of last year’s play-off heartbreak, after losing 1-0 to the hands of Hull City in the final at Wembley Stadium to miss out on promotion to the Premier League.

Since suffering relegation from the top-flight back in 2000, The Owls’ sixth-placed finish last season was the closest the Yorkshire outfit came to a return to the Promised Land.

“I think after last season, we need to make progress,” bandmate Lyon added.

“I will be happy finishing sixth, fifth or fourth. For me, we should be aiming for the top four.

“I think we are a capable side and should be doing it, so I don’t see why not.”