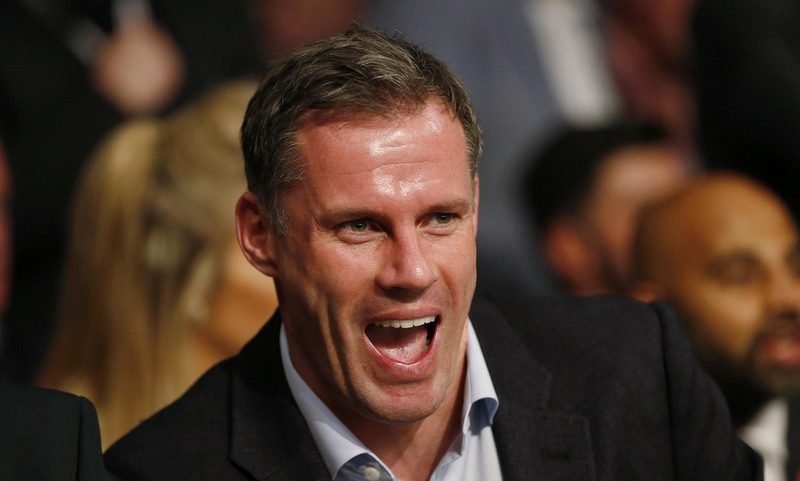 The 39-year-old, who is filming at The Toffees’ training ground as part of Sky Sports News HQ‘s Everton takeover on Tuesday, says there is a feel-good factor around the Merseyside rivals.

Carragher, who lifted three League Cups, two FA Cups, two FA Community Shields, the UEFA Champions League and the UEFA Cup during his entire senior career at Anfield, fears the Blue side of the city could finish above Liverpool in the top-flight this season, given both side’s recent form.

He told Sky Sports News HQ, “For Everton, there’s a feel-good factor about the place.

“As a Liverpool fan you have to be worried about Everton coming at this moment. There’s a derby game at Anfield in a few weeks, Everton haven’t won there in a long time but if they were to get the three points it would be really tight towards the end of the season.

“Everton have been in seventh for a while now but there was always a big points gap between them and sixth. They’ve bridged that gap now, they could actually look at it and think: ‘Can we get sixth position?’

“If Ronald Koeman can get them to finish ahead of one of the so-called big six, I think it would be a really promising start to his Everton managerial career.”

Yesterday’s loss is Jurgen Klopp’s men’s third defeat in five league outings. As for Everton, they are significantly closing the gap on their derby opponents, with Saturday’s 2-0 win over relegation threatened Sunderland extending The Toffees’ unbeaten run to nine games.