Richard Lee: Facilities at Watford could lure some of the world’s best players 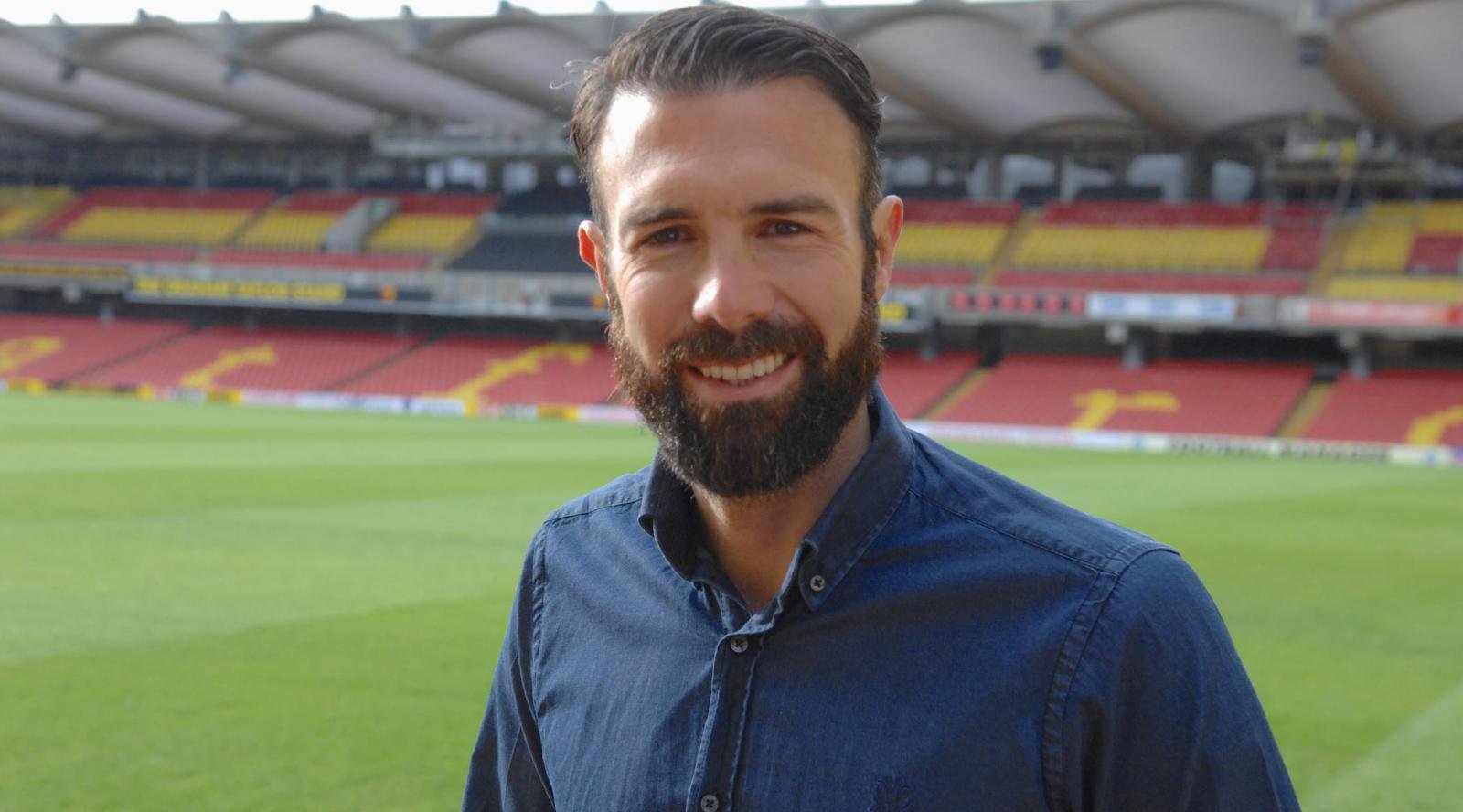 Former Watford goalkeeper and business entrepreneur Richard Lee believes that The Hornets’ FA Cup run is just one area where the club continues to excel.

Lee, 33, who was at Vicarage Road between 2002 and 2010, believes that Watford are ‘on the money’ when it comes to investing in the future.

His comments come straight off the back of a recent behind the scenes tour of the ground with Richard Walker – Watford’s Head of Supporter Communications and Sales, where the former shot-stopper was astounded by just how good the club’s facilities are now.

He told Shoot.co.uk: “I’ve been to many of the Premier League and Championship grounds as a player, and more recently working for Sky Sports, but I can honestly say that Watford have raised the bar when it comes to providing first class facilities. They’re no longer pipedreams; they are quite literally living the dream.

“When I was a player here [Watford FC], we were always looked after well. But the new changing rooms, wellbeing and broadcasting facilities – to name but a few – take it to a new level. They’re palatial in every sense of the word.

“There’s an old adage in football that if you want to recruit the best talent then you have to provide the best facilities. Well, from what I’ve seen, the facilities at Watford could lure some of the best players in the world, let alone in the UK,” added Lee.

And for a footballer that once pitched his own Dr Cap headwear business idea to five entrepreneurs on Dragons’ Den back in 2006, he knows what it takes to be successful.

Back then, Lee and his associate Daren Duraidi managed to slay investor Duncan Bannatyne to the tune of £150,000, only for both parties to call time ahead of signing on the dotted line.

“Being on Dragons’ Den taught me a lot about business,” explained Lee. “It made me realise the importance of having a great idea and executing it properly.

“Watford have clearly taken on the same mantra. They have realised the importance of having a good product on and off the field, which is an attractive proposition for players and supporters alike.

“I’m a firm believer that, if you look after people and give them the right tools and environment to do their job, they will thrive, which is what Watford have shown this season.

“It’s all too easy for people to assume that a club like Watford will always play second fiddle to the likes of Manchester City, Chelsea and Arsenal, but as Leicester and Watford have both proved this season, it’s about have the right ethos and cultural fit to inspire others to achieve.

“It would be great for the players, fans, owners and town alike if Watford could achieve a top-six finish in the Premier League this season. It would make others wake up and smell the coffee and take a long hard long at the business model they have adopted, and why they have performed above expectation this season,” he added.

Off the field, Lee can now be seen pioneering a new coffee business appropriately titled the Bean Team, where he has inspired other athletes and footballers to improve their health and alkaline levels in their body and potentially provide a secondary income after sport.