Arsenal and Tottenham Hotspur are reportedly locked in a £35m battle to sign Brazil international forward Lucas Moura, according to the Express.

The Premier League rivals, who currently sit sixth and fifth in the top-flight standings respectively, have both been heavily linked with signing the out of favour Paris Saint-Germain winger before the close of the January transfer window next Wednesday.

The 25-year-old, who has 36 international caps for his country, has scored one goal and provided one assist in just six appearances in all competitions for the Ligue 1 giants so far this season. 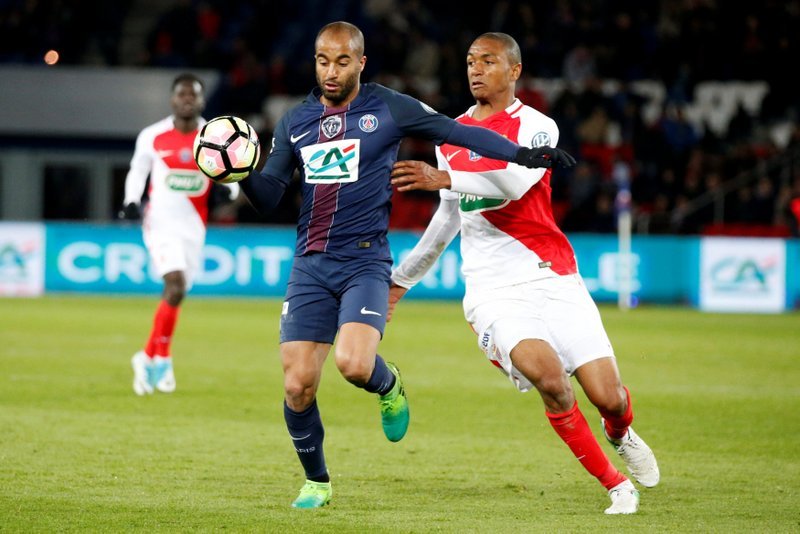 Lucas Moura of Paris Saint Germain in action against Abdou Diallo of AS Monaco (right).

Moura, who joined PSG back in August 2012 following his reported £38m switch from Sao Paulo, has scored 46 goals in 229 games overall for Unai Emery’s side – winning four league titles, among other honours, in the French capital.

However, having failed to start a single league game so far this 2017-18 campaign, the Samba star has already been linked with a move to Premier League rivals Manchester United, but it is now understood Spurs have made an offer for Moura’s services, whilst Arsenal’s stance has changed from wanting an initial loan deal, to now be in negotiations over a permanent January transfer.