Romelu Lukaku or Andrea Belotti – who is the better replacement for Ibrahimovic at Man United? 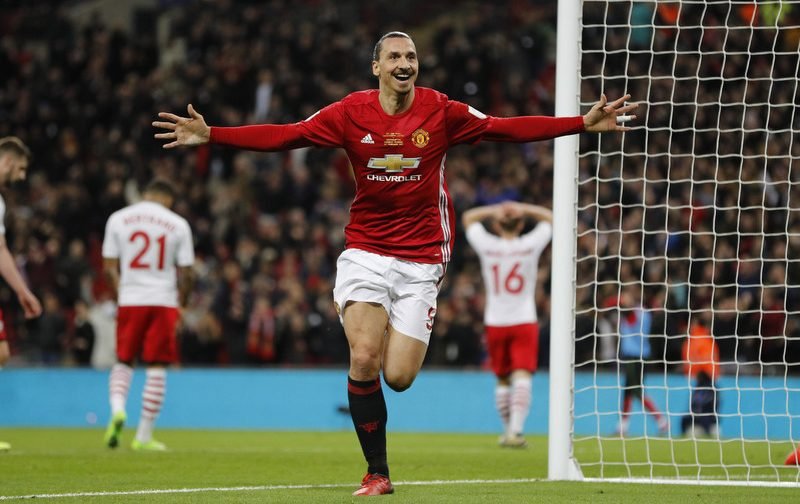 Manchester United kept the pressure on the Premier League’s top four with a comfortable 3-0 win at basement side Sunderland on Sunday.

The Red Devils had seen both Liverpool and Manchester City pick up three vital points on Saturday in the race for the Champions League qualification places, yet goals from Zlatan Ibrahimovic, Henrikh Mkhitaryan, and Marcus Rashford sealed the victory for Jose Mourinho’s men.

It means that they move above Arsenal into fifth (albeit they play Crystal Palace on Monday), and to within four points of neighbours City and with a game in hand on Pep Guardiola’s side.

Thus, with United also into the last eight of the Europa League, where they’ll face Anderlecht in the first leg of their quarter-final on Thursday, Mourinho’s side have much to play for between now and May, but that hasn’t stopped speculation building about who they may look to sign in the summer.

And two men they have been linked with in recent days is Everton striker Romelu Lukaku, and Torino frontman Andrea Belotti. 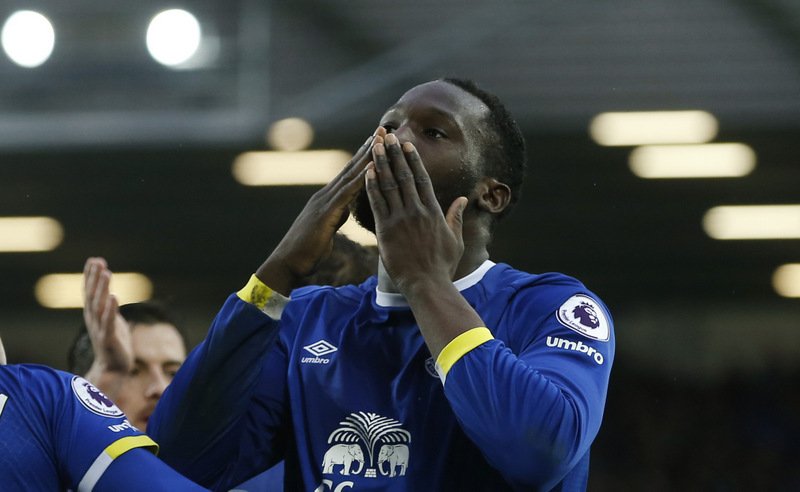 Both forwards have been touted as potential successors to Swedish star Ibrahimovic should he decide against staying at Old Trafford beyond the summer.

But this begs the question, who would be the better option for United, bringing Lukaku across the 37 miles from Goodison Park, or flying Belotti in from Turin?

Well, there’s little doubt that both men have been in scintillating form this term.

Everton’s Lukaku scored his 22nd and 23rd Premier League goals of the season in their 4-2 victory over champions Leicester on Sunday, which means that he is now four goals clear of the next-best Harry Kane in the race for the Golden Boot.

It means that the 23-year-old has failed to score in just two of his last seven league matches, and he has now netted 14 times in all competitions since the turn of the year.

Yet Torino’s Belotti has been even more impressive in Serie A this season. 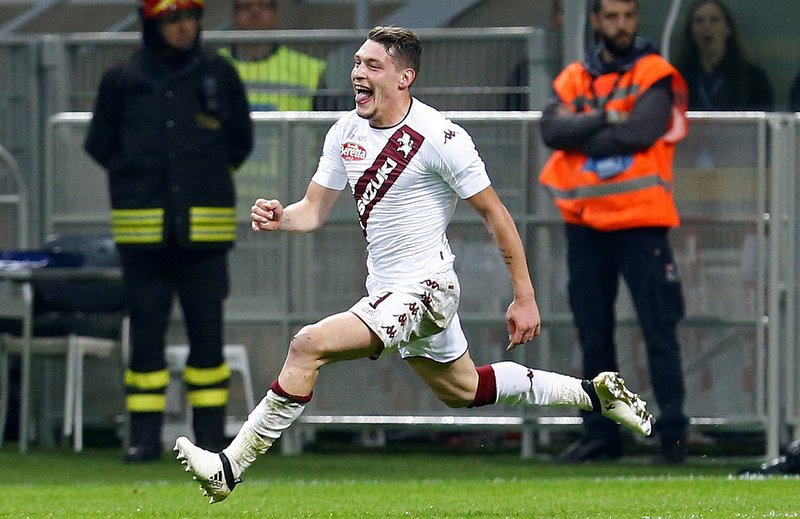 The 23-year-old Italy international has scored 24 goals in just 28 appearances in the league this season to top the goal-scoring charts alongside former Manchester City striker Edin Dzeko (now of Roma), and he has also been in great form in 2017, netting 12 goals in 13 games in all competitions.

Clearly, there isn’t much to choose between the two, and when you match them up alongside Ibrahimovic’s achievements this season, it’s clear how evenly matched the three of them are.

Belotti has netted the most goals of the three but Lukaku has a better shot accuracy, while Ibrahimovic has created more chances and produced more key passes, although has the lowest overall attacking score (Stats provided by Squawka).

Yet it’s those creative stats, the chances created and key passes, which must be of interest to United, as Ibrahimovic isn’t just their top goal-scorer, but he also tops their assists chart with five (level with Wayne Rooney). 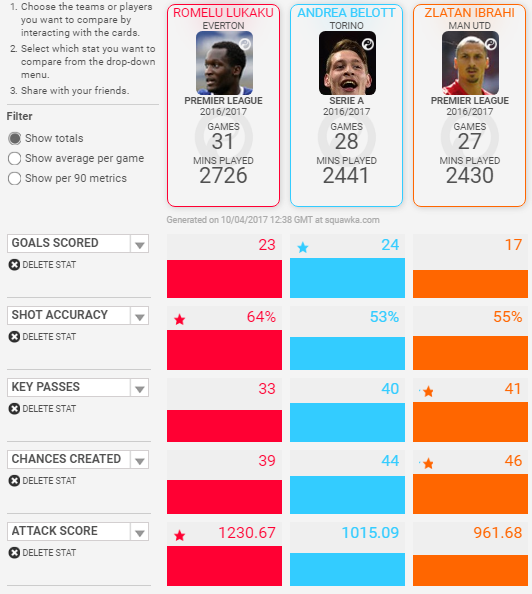 There isn’t much to choose between the three, but it wouldn’t just be goals that United need to replace if Ibrahimovic left (Stats via Squawka)

In fact, the 35-year-old is only second to Paul Pogba in terms of chances created at United this season (46 to Pogba’s 53), so not only would they be losing the chief goal-scorer, but they’d also be losing one of their most creative sparks.

And that means that both would surely need replacing, and based on this current season, Belotti would probably be the better option.

He has created five more chances than Lukaku and produced seven more key passes than the Belgium international, which equates to 1.43 key passes for game for Belotti, and just 1.06 for Lukaku.

There’s not a lot in it, but if you look at United’s results this term, there haven’t been a lot in those nine home draws they’ve had this season – if they had won even five of those games, they’d be comfortably inside the top four.

And it’s in those games where you need that telling difference, that forward who is either going to net, or create the one chance that wins you the game.

Both Lukaku and Belotti would be outstanding additions, but the gap which may be vacated by Ibrahimovic would arguably best be filled by the latter.