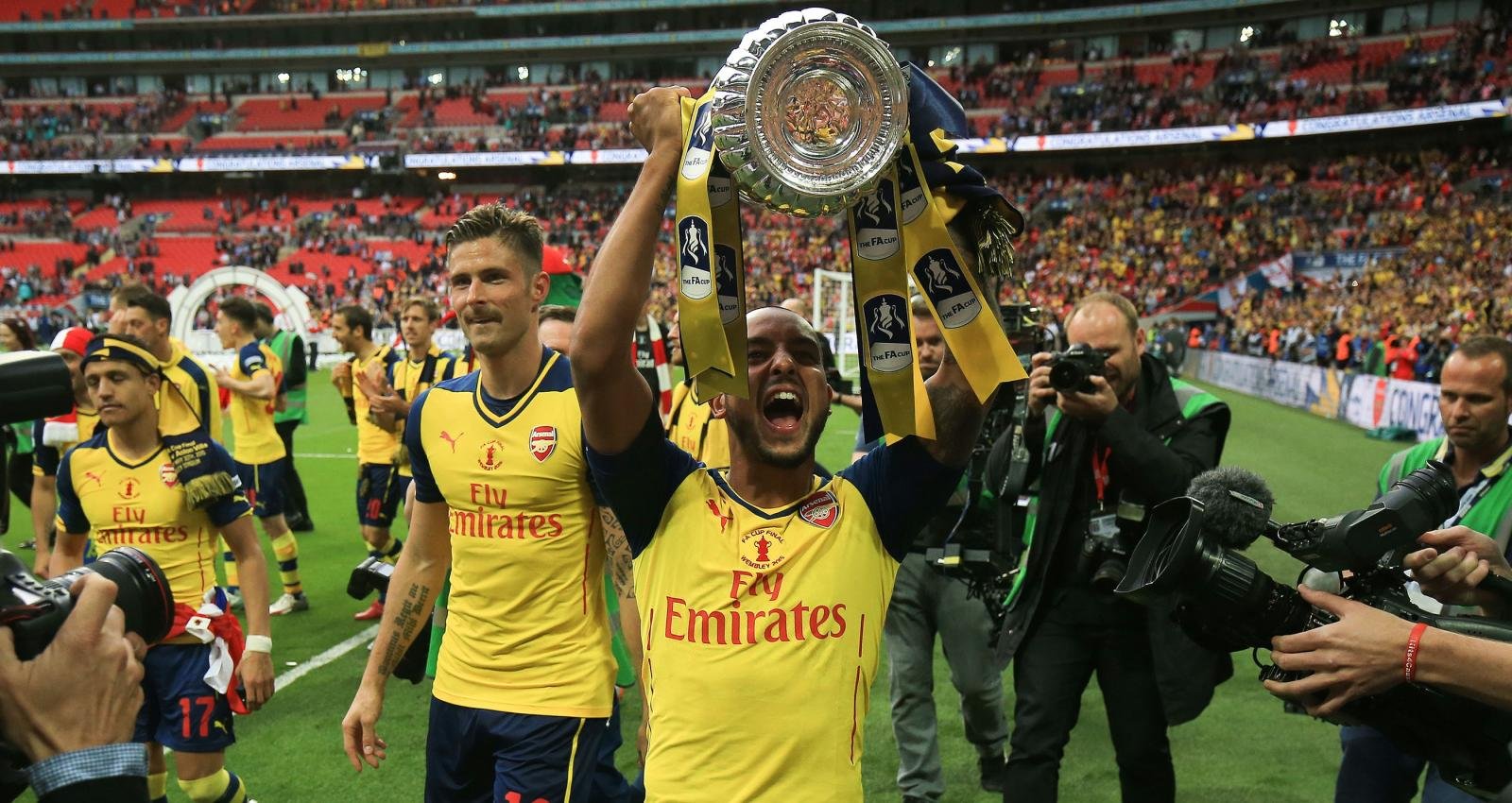 Arsenal retained and won a record 12th FA Cup as they easily overcome Aston Villa 4-0 at Wembley in a victory that also saw manager Arsene Wenger pick up a record-equalling sixth trophy.

The Gunners produced a sublime display against a lackluster and weary Villa, as Tim Sherwood’s side carried on the form that saw them defeated by Southampton and Aston Villa in their final two Premier League matches.

Wenger’s troops dominated from the start and the Frenchman’s decision to start Theo Walcott up front ahead of Olivier Giroud worked as the English forward caused problems for the Villans’ defence all game.

Arsenal had a host of chances throughout the first half with Aaron Ramsay, Walcott and Laurent Koscielny spurning numerous opportunities.

But on 40 minutes, the London side opened the scoring, as Walcott thumped home a half volley from Alexis Sanchez’s knockdown.

The floodgates opened after the break as Sanchez scored early in the second half with a brilliant swerving effort from 25 yards out to make it 2-0.

Per Mertesacker then floated into the box unmarked to head in a third to put the Gunners out of sight, before Giroud came on as a sub and completed the rout late in the game as he tapped in Alex Oxlade-Chamberlain’s cross.

This season will now be viewed as a success for Wenger and his side as they confirmed automatic Champions League qualification as well as picking up silverware for a second consecutive year.

It’s been a poor end to the season for Sherwood and Villa with a 6-1 defeat in the penultimate game of the season and a heavy defeat in the final. However, it should still be deemed as a success as the Midlands side secured Premier League safety and did make it to Wembley amidst fighting for survival.