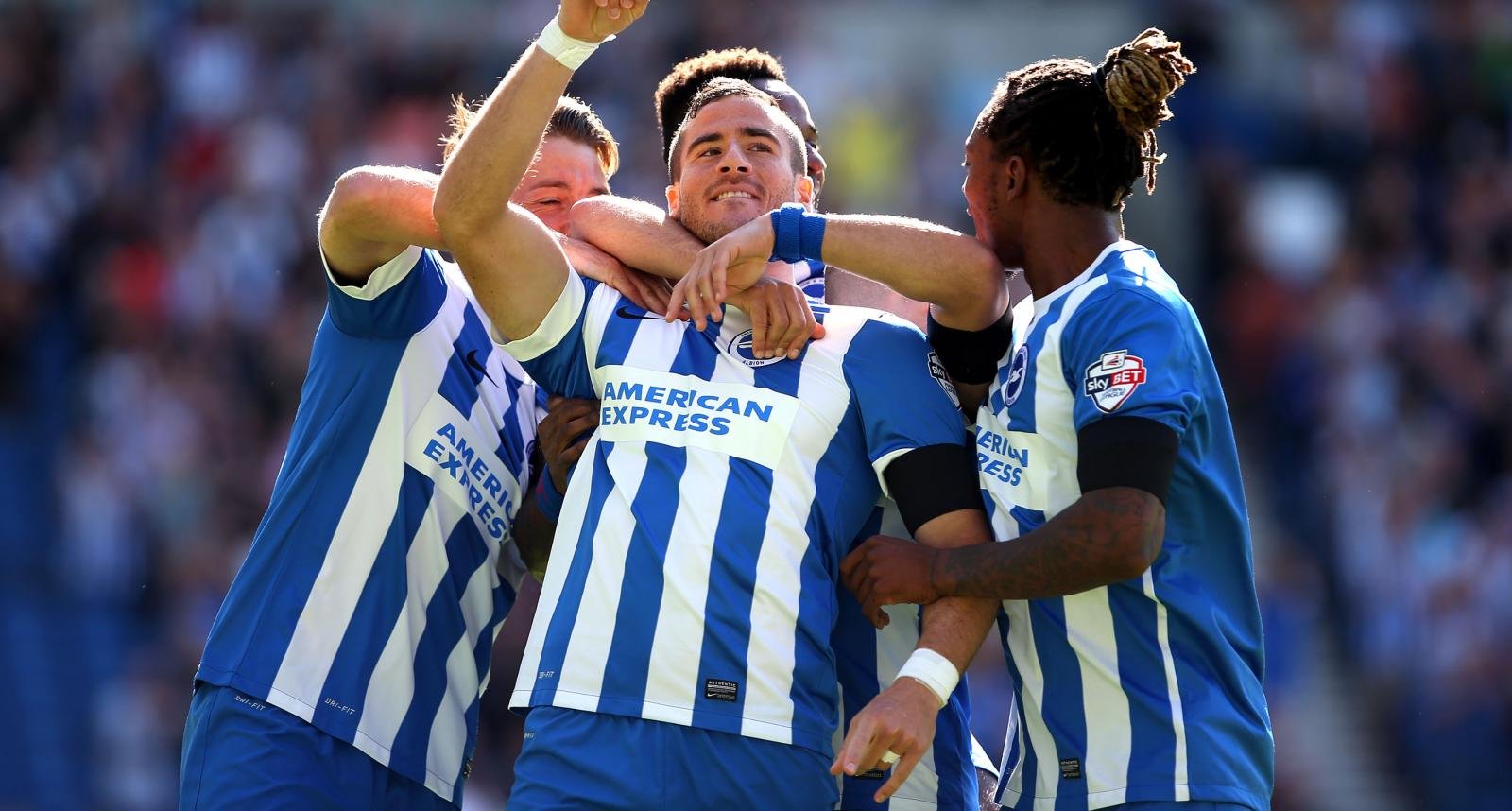 Brighton continued their impressive start to the season as a 2-1 victory over Rotherham extended their lead at the top of the table to five points after second place Cardiff were beaten at home by Hull City.

Tomer Hemed’s second goal in two games and a Dale Stephens strike was enough to earn all three points for Chris Hughton’s side in a result that keeps the Millers rock bottom, still without a win.

Hull inflicted Cardiff’s first defeat of the season. Mo Diame and Abel Hernandez goals moved Steve Bruce’s team into fourth and ahead of their Welsh opponents, who dropped to fifth.

Victories for Middlesbrough and Burnley lifted them up to second and third respectively. Albert Adomah sealed Boro’s points after a brace from Cristhian Stuani put them ahead against Brentford, whilst stunning goals from Sam Vokes and George Boyd saw the Clarets past a plucky MK Dons at Turf Moor.

After two straight defeats, Ipswich moved themselves back up the ladder as Tommy Smith’s first half effort was enough to defeat Leeds at Elland Road.

The Tractor boys were joined in climbing up the division by Nottingham Forest and QPR. Dexter Blackstock’s lone strike helped Forest pick up an away win at Birmingham, who dropped out of the play-off spots, whilst Rangers moved up to eighth despite only managing a 2-2 draw at home against Blackburn. A goal from Charlie Austin and Nedum Onuoha’s late equaliser denied the Lancashire side their first win of the season and keeps them in the bottom three.

Emyr Huws’ free-kick earned Huddersfield a first win of the season with a 2-1 win away at stuttering Charlton. The victory moves Chris Powell’s side out of the relegation zone.

Bristol City replaced the Terriers in the bottom-three despite drawing away at Preston. Aaron Wilbraham’s late equaliser denied North End all three points after Neil Kilkenny’s wonder-strike had put them ahead.

Elsewhere, after their 5-1 hammering of Ipswich on Friday, Reading came crashing back down to Earth with a home defeat to Derby. Tom Ince’s goal, after Orlando Sa’s dismissal for the hosts, gave Paul Clement his second victory in a row as Rams boss.

Finally, Bolton, who defeated Wolves for their first win of the season at the weekend, played out the only goalless draw of midweek at home to Sheffield Wednesday.