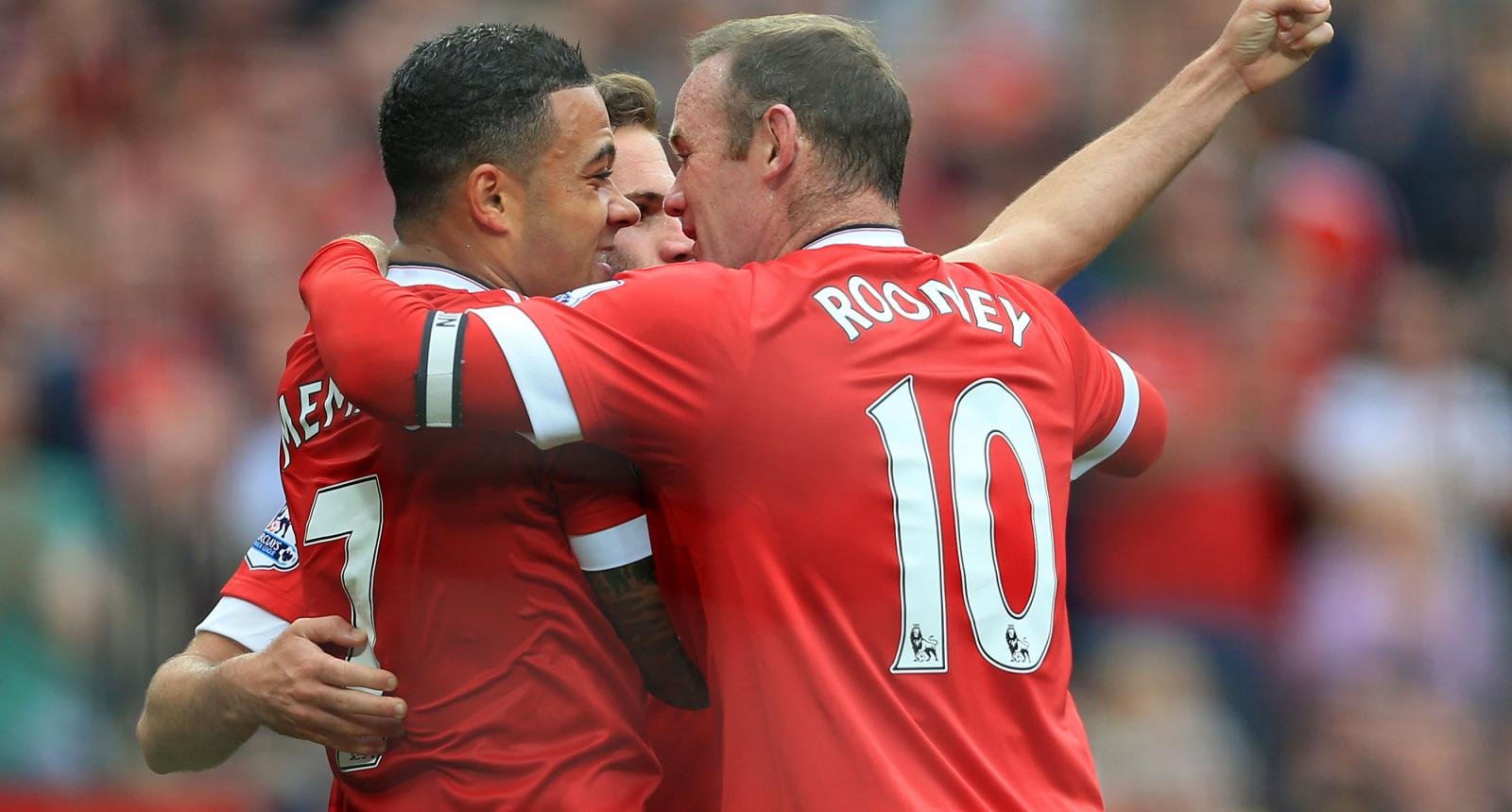 Manchester City lost for the second successive week as they were thrashed 4-1 by Tottenham at White Hart Lane.

Kevin De Bruyne gave the visitors the lead from a devastating counter-attack for his third in as many games but Eric Dier equalised for Spurs on the stroke of half-time. After the interval, Toby Alderweireld headed the hosts in front, Harry Kane netted his first of the season after Christian Eriksen hit the post and Erik Lamela sealed the result.

City’s defeat saw rivals Manchester United go top of the table with a comfortable 3-0 win over Sunderland at Old Trafford.

Memphis Depay netted his first league goal for the club on the stroke of half-time to put them ahead. Wayne Rooney struck his first league strike of the season a minute into the second half  before Juan Mata completed the victory late on.

Jamie Vardy gave the hosts the lead before Theo Walcott equalised. Sanchez then took over the game as he netted a hat-trick for his first three goals of the season, before Vardy then got his second to pull one back. Olivier Giroud came off the bench to score in stoppage time to secure an emphatic win for the Gunners.

Chelsea slipped up once again but they did come from 2-0 down to grab a point in a 2-2 draw with struggling Newcastle at St. James’ Park.

Ayoze Perez brilliantly put the Magpies ahead and Georginio Wijnaldum headed in a second on the hour. But two goals from two substitutes rescued Chelsea late on, as first Ramires thumped one in before Willian’s free-kick missed everyone and found its way into the net.

Liverpool beat Aston Villa 3-2 at Anfield in a thrilling encounter at Anfield.

James Milner scored his first goal for the club after just two minutes before Daniel Sturridge struck a wonderful volley for his first of the season. Rudy Gestede pulled one back but, just two minutes later, Sturridge struck again. Gestede thumped in a header for his second minutes later but the Reds were able to hold on for three much needed points to ease a bit of pressure on Brendan Rodgers.

On Monday night, Everton came from 2-0 down to beat West Brom 3-2 at the Hawthorns in a stunning game.

Goals from Saido Berahino and Craig Dawson gave Albion a cushion before Romelu Lukaku pulled one back. Arouna Kone came off the bench to equalise for the visitors and then Lukaku smashed in from range in the final 10 minutes to complete a brilliant comeback.

Southampton comfortably beat Swansea 3-1 at St. Mary’s to claim their second league victory of the season.

Virgil Van Dijk headed in his first goal for the club to give Saints the lead before two quick-fire goals from Dusan Tadic and Sadio Mane gave Saints a healthy cushion. Swansea managed to score a consolation from the penalty spot through Gylfi Sigurdsson after Neil Taylor was fouled.

West Ham scored a late equaliser to draw 2-2 with Norwich at Upton Park, leaving the hosts third in the table.

The Canaries took the lead through Robbie Brady before Diafra Sakho equalised. Nathan Redmond put the visitors back in front but Cheikhou Kouyate finished from close range in stoppage time to ensure the sides shared the spoils.

Stoke overcame Bournemouth 2-1 at the Britannia in a match overshadowed by a bad injury to Cherries striker Calum Wilson.

Jon Walters put Stoke ahead in the first half but Dan Gosling equalised for the visitors with 15 minutes remaining. However, Mame Biram Diouf headed in with seven minutes left on the clock to give the Potters their first three points of the season.

On Sunday, Crystal Palace became the first side to win and score at Vicarage Road this season with a 1-0 win over Watford. The only goal of the game came from the penalty spot in the second half, after Wilfried Zaha was fouled in the area and Yohan Cabaye converted.