Sacking of Ranieri proves the game of football has gone 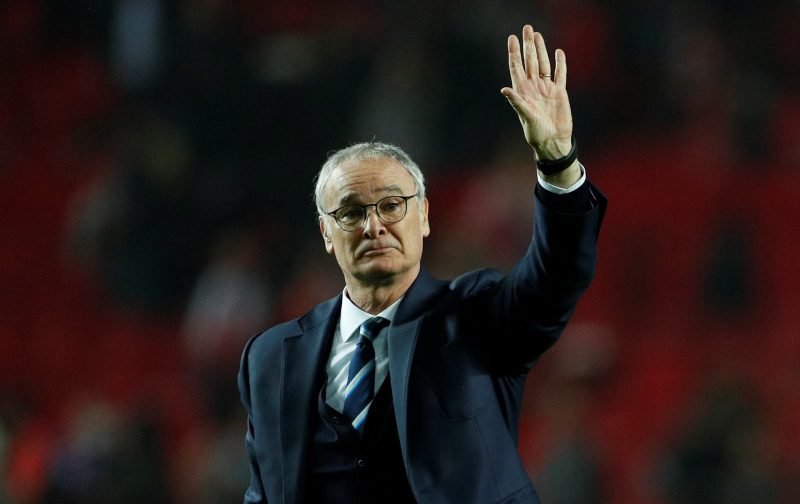 Thursday, February 23. The day when Leicester City sacked the greatest manager in the club’s history.

Claudio Ranieri is the man who masterminded arguably the most remarkable achievement ever seen. Forget Brexit.  Forget Donald Trump winning the US presidency. Ranieri was the 5,000-1 outsider, written off before a ball had even been kicked.

In football, people have short memories. The current FIFA World Coach of the Year has been foolishly shown the door, just 298 days after performing this footballing miracle, in a move that optimises the torrid state of the game today.

The players in that Foxes dressing room, should be feeling the heavy-weight of guilt on their shoulders.

They are to blame. They downed tools. They haven’t performed. The nicest man in football ‘King Claudio’ didn’t deserve to be treated like this.

It wasn’t Ranieri who put led in Wes Morgan’s boots this season.

And it wasn’t Ranieri who turned Jamie Vardy back into a non-league player.

The ‘Tinkerman’s’ success ultimately became his downfall. He is wrongly being judged on the miracle of one season.

There is no doubt he deserved more time. In fact, he deserved a job for life at the club.

Whilst many have pointed out the curse of the Premier League winning manager has struck yet again, my word –  this time it is considerably different.

Leicester are no Chelsea with a Russian billionaire.

Leicester are no Manchester City with a Sheik bankrolling them.

Leicester performed the impossible on a shoe-string budget, with a genial Italian at the helm.

Let’s take a step back for a second.

Go back two years. Imagine finding out that Leicester City had sacked their manager after a game. Fairly feasible in modern football.

However, not after a run-of-the-mill game against a Premier League or Championship team – Leicester have sacked their manager after a positive result the UEFA Champions League last 16 –  against three-time back to back European winners Sevilla. Yes, really…

The Italian was an icon of the city but to the board and the players, he became just another manager once the success dried up.

The owners public backing of Ranieri and statement showing their ‘unwavering support’ lasted as quickly as you can say ‘Dilly-ding dilly-dong’ before the knife was stabbed into the Italian’s back.

The state of management in this country has now hit rock bottom.

What chance does anyone have of lasting in their job now? When winning the Premier League, the richest and most lauded league in the world, is no longer enough, what does that tell us about loyalty? Decency? Clubs doing the right thing?

The days of loyalty have been surpassed by the hunger for money and greed by owners, and Leicester City Football Club should be ashamed of themselves.

The nation fell in love with the fairytale of last season and Leicester became everyone’s second team.

However, this decision leaves a bitter taste in the mouths of many, and wouldn’t it be ironic to see them go down.