Schmeichel admits champions could be relegated this season 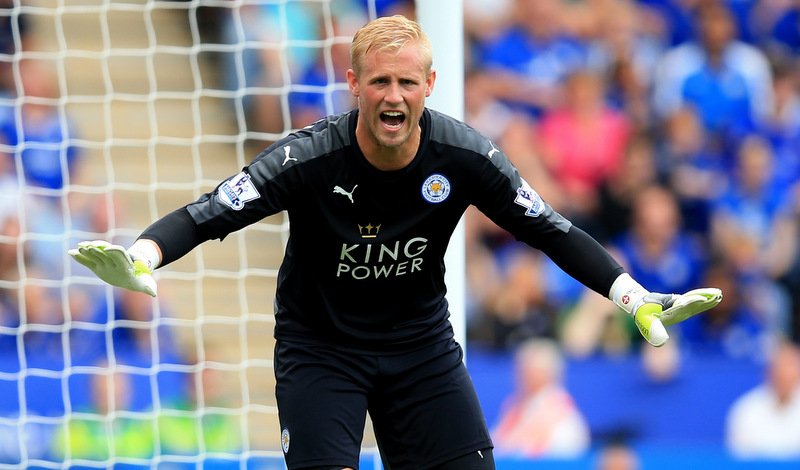 While pundits Jamie Carragher, Niall Quinn and Gary Neville questioned the champions’ desire and effort, nobody could accuse Schmeichel of going into hiding as he offered a stark appraisal of his team’s lacklustre display which saw them go down 3-0 without much of a fight.

“It’s time for every single one of us, from top to bottom, to stand up and be counted because if we don’t we will end up getting relegated. Nobody wants that.

“We played OK in the first 40 minutes but after that it was unacceptable. You can always go one down but you can’t go two down straight away.

“We have to improve right now. It’s not good enough and sums our season up at the moment.”

Schmeichel could do little to stop United taking the points at the King Power as goals from Henrikh Mkhitaryan, Zlatan Ibrahimovic and Juan Mata gave the visitors an easy win. If it wasn’t for Schmeichel the scoreline could’ve have been a lot worse as the former City stopper kept out Marcus Rashford on more than one occasion as well as saving from Mata and Pogba later on.

Leicester sit just one point above the relegation zone and face the prospect of being the first team since Manchester City in 1938 to be relegated the season after winning the league.