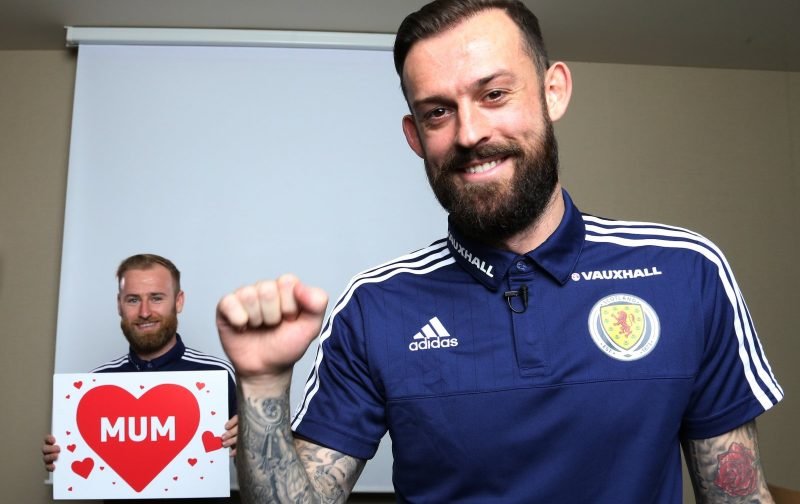 With Mother’s Day just around the corner, Scotland internationals Barry Bannan and Steven Fletcher partook in a special Mr and Mrs challenge to celebrate their mums, as created by Vauxhall Motors.

Both men, who look set to feature in their vital 2018 World Cup qualifier at home to Slovenia on Sunday, were asked question about their childhood, questions which had already been answered by their mums, in a bid to match up their answers to demonstrate how well they really know their mothers.

And the Sheffield Wednesday duo certainly embraced the challenge!

Striker Fletcher, who has played 30 times for his country since his debut in 2008, correctly identified what was the naughtiest thing he did as a child, by embarrassing his mum in front of their neighbour, while his worst habit is that he sniffs everything, another match with his mum’s answer!

27-year-old Bannan also matched both of his answers with his mum’s, firstly identifying what his pet name was as a child (Barry Bot Bot), before recognising that his best junior moment was netting seven goals against Rangers, and for a huge Celtic supporter, that would have felt pretty good!

Both men clearly enjoyed the afternoon, but their attentions will turn back to the football on Sunday when Gordon Strachan’s men host Slovenia in a must-win World Cup qualifier at Hampden Park.

The Scots are fifth in Group F, six points behind leaders England, but victory on Sunday could take them up to third in the table and to within one point of their opponents in second.