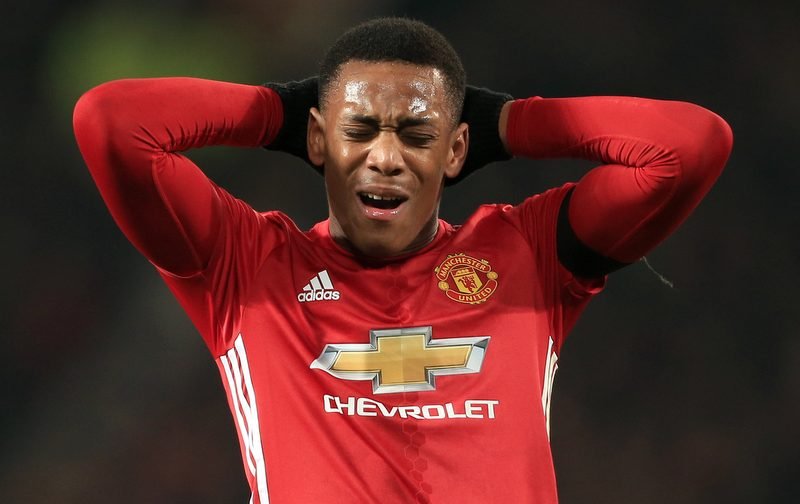 Manchester United have reportedly been contacted about a potential loan move for France international forward Anthony Martial, according to RMC Sport.

The Premier League side, who defeated struggling Sunderland 3-1 at Old Trafford this afternoon, have been contacted by La Liga outfit Sevilla about the availability of their out of favour striker ahead of the forthcoming January transfer window.

The 21-year-old, who has 15 international caps for his country, has scored four goals and provided three assists in 16 appearances in all competitions for The Red Devils so far this season.

Martial, who arrived at The Theatre of Dreams back in September 2015 following his move from Ligue 1 club AS Monaco, in a deal that could eventually rise to £58m, replaced midfielder Juan Mata after 74 minutes in United’s Boxing Day victory against Sunderland.

The report suggests that Sevilla are enquiring about signing the Frenchman on loan until the end of the 2016-17 campaign, with Martial having started just seven Premier League fixtures this term under manager Jose Mourinho, with the in-form Zlatan Ibrahimovic restricting his first-team opportunities in Manchester.

Martial has scored 23 goals in 73 games for Manchester United overall.