Sevilla: What you need to know about Manchester City’s Champions League opponents 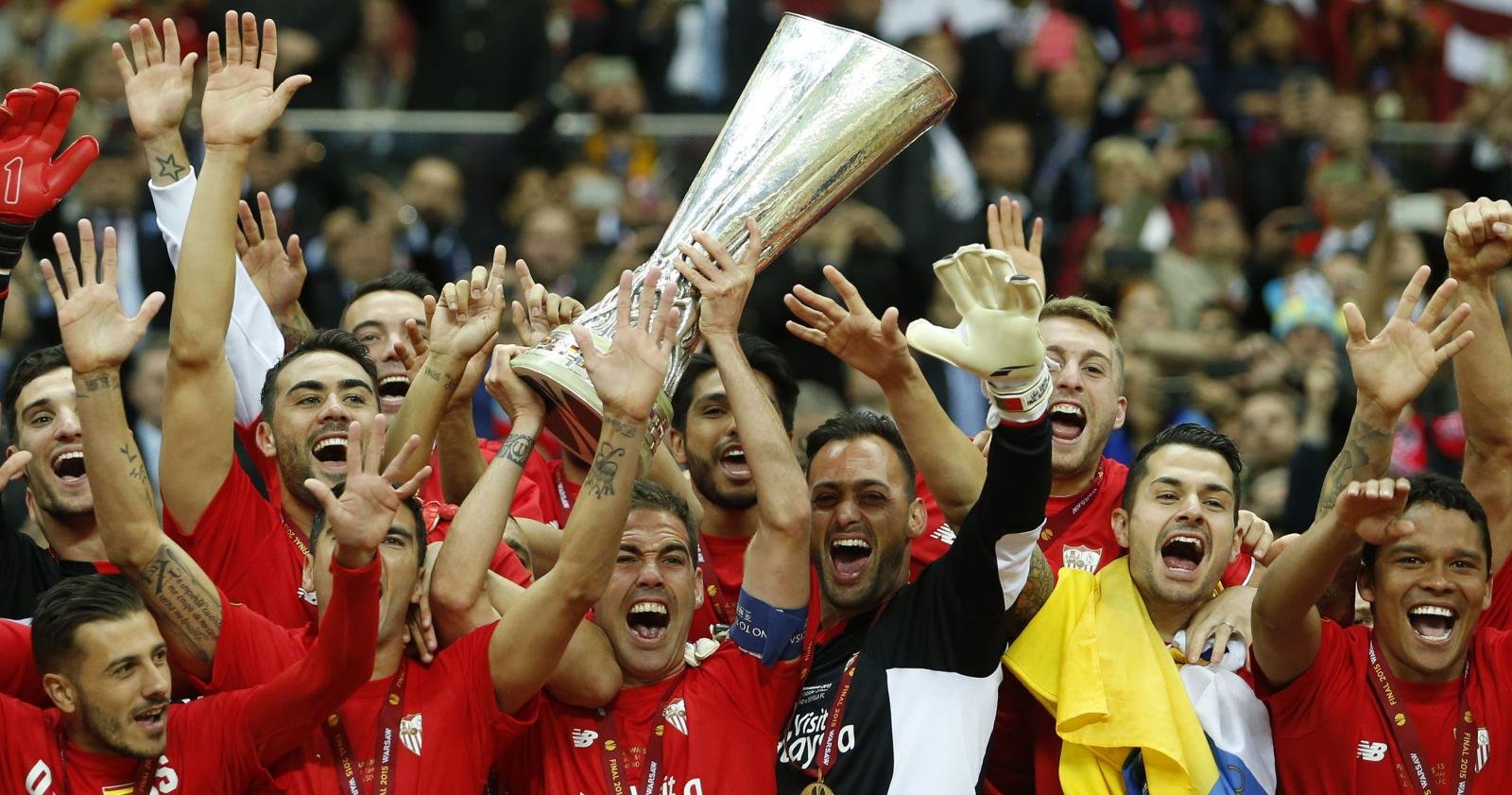 How did they qualify?

The Spaniards have made a name for themselves as Europa League specialists in recent years, and it was their success in that competition that ensured their qualification into this season’s Champions League. Last season was their second successive victory in Europe’s secondary cup competition, and they will hope to make an impression on the elite stage in 2015/16. They came fifth in La Liga last time out, but lost their star man Carlos Bacca to AC Milan over the summer. Sevilla are banking on Kevin Gameiro plus new boys Ciro Immobile and Fernando Llorente to fill the void left by the prolific Colombian.

As mentioned, it is their success in the Europa League that has made Sevilla stand out in recent years. As well as their two recent successes in that competition, they also won consecutive UEFA Cups in 2006 and 2007, inspired by the likes of Sergio Ramos, Dani Alves, Jesus Navas and Luis Fabiano; the second of these victories saw them thrash Steve McClaren’s Middlesbrough 4-0 in the final. Their record in the Champions League is less illustrious, with two appearances in the last-16 all they have to show from the last decade.

Spaniard Umai Emery, 43, is the man at the helm. Having spent most of his playing career in the second-tier of Spanish football, Emery achieved early success as a manager, leading Lorca Deportiva to their first ever season in the second-tier before taking Almeria from the second division to eighth in La Liga. Succeeding Ronald Koeman at Valencia, the Spaniard enjoyed four successful years at the Mestalla before a less productive time at Spartak Moscow in 2012. Emery has been in charge for both of Sevilla’s recent Europa League wins and, having struggled at Valencia in this competition, will be desperate to prove himself at this level.

Sevilla like to press high up the pitch and force the opposition into mistakes, in order for them to implement their passing style. However, they can mix it up when they need to and often go direct if their possession is not proving fruitful – and the addition of central strikers Immobile and Llorente means they will not be afraid to make use of the long ball if they have to. They have several players who will be familiar to English fans; ex-Chelsea winger Gael Kakuta, former Stoke City man Steven N’Zonzi and club captain Jose Antonio Reyes, who was Arsenal’s record signing when he joined in 2004.

Not a man that has always been in the spotlight, but Gameiro always puts a shift in for his team and has found the net of late with two goals in his last three La Liga games. Now Bacca has moved to AC Milan and Fernando Llorente is still feeling his way back into Spanish football, the Frenchman has his chance to shine in attack for the Europa League holders. N’Zonzi has also started the season in good form following his move from Stoke.