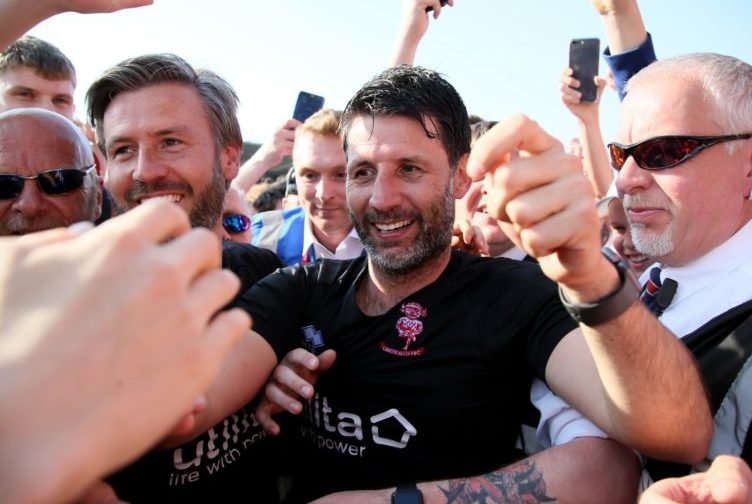 Lincoln City manager Danny Cowley was full of pride after his side clinched the League Two title on Easter Monday.

The Imps were confirmed as champions despite being held to a goalless draw by promotion-hopefuls Tranmere Rovers in front of their own supporters on an afternoon of celebration at Sincil Bank.

But despite being unable to find a way to beat Micky Mellon’s battling men, results elsewhere meant that the party started.

Cowley, alongside his brother Nicky, the club’s assistant manager, have now led Lincoln to two promotions in three seasons, adding the League Two trophy to their National League title victory in 2016/17.

The 40-year-old Londoner shared his delight at guiding the Lincolnshire outfit to a title-winning season, a campaign which has seen them pick up wins from 23 of their 44 fixtures played so far. 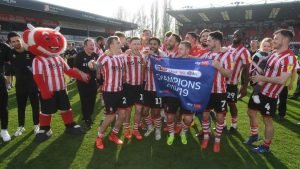 Promotion also means that Lincoln will compete in the third-tier of English football for the first-time since 1999.

“It’s a great feeling, we are all delighted, we have worked really hard for this, it is more than just a season’s worth of work, it has been a lifetime’s worth of work and we are just proud that we have been able to get this wonderful football club over the line,” Cowley told Shoot! exclusively.

Lincoln suffered Play-Off heartbreak last year but have bounced back this term in style to become league winners, with Cowley paying tribute to his players for the endeavour that they have showcased to ensure that they will finish up as champions.

Cowley added: “To win the league with two games to go and to obviously be promoted with four games to go was really terrific and the boys have been relentless all season.

“I am just proud to play a small part, but I am delighted for them (the players) as I know how hard they worked and how much they sacrificed for this club this season.”