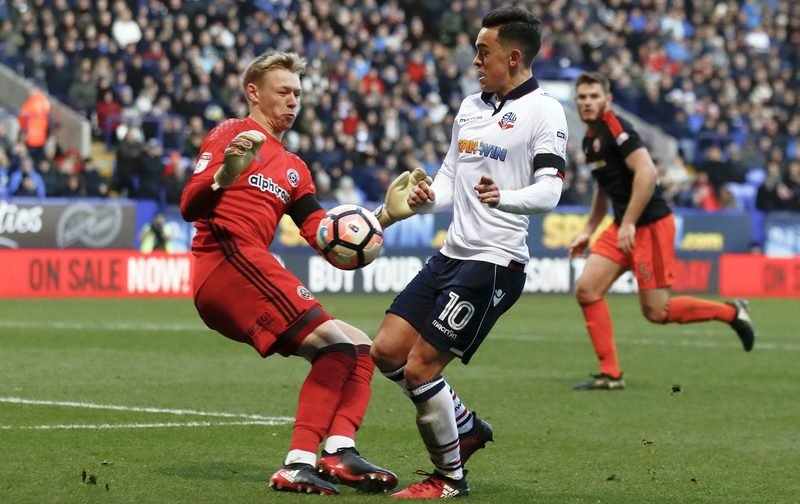 And, despite yet making his professional league debut, AFC Bournemouth’s Aaron Ramsdale has a very bright future ahead of him.

The 19-year-old, who joined the Premier League outfit back in January 2017 on a four-and-a-half year deal from Championship side Sheffield United for a fee between £800,000 and £1,000,000, has been tipped to play at the highest level, although he has only two first-team appearances to his name.

Ramsdale, who graduated through The Blades’ youth academy after being released by Bolton Wanderers when he was 15, played twice for Chris Wilder’s men in the 2016-17 FA Cup, making his senior debut against Leyton Orient in the first round back in November, keeping a clean sheet in United’s 6-0 thrashing.

But, this summer saw the young shot stopper hit the headlines as part of the England squad that won the UEFA Under-19 European Championships in Georgia. 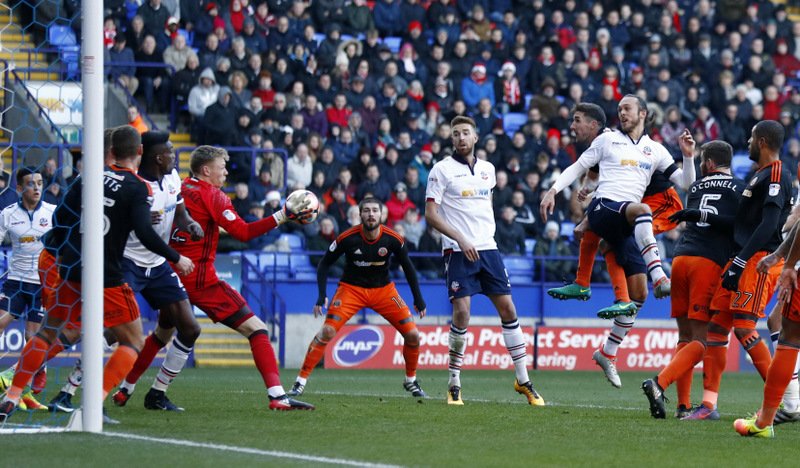 Aaron Ramsdale saves a shot from Bolton Wanderers’ Tom Thorpe back in December 2016.

The Cherries starlet played the full 90 minutes in all five consecutive victories for the Young Lions, conceding just twice throughout the tournament, including an own goal in the final against Portugal (2-1).

To underline his world-class potential, Ramsdale was named on the bench for Bournemouth’s final Premier League fixture of 2016-17 against Leicester City, as he faces a severely tough task for the No.1 jersey on the south coast alongside the likes of team-mates Asmir Begovic, Artur Boruc, Adam Federici and Ryan Allsop.

Fellow top-flight club Everton were heavily tipped to land the Chesterton-born player in the New Year, until Sheffield United rejected The Toffees’ offer, before eventually selling anyway due to the club’s ‘footballing and financial interests’.

Nonetheless, Bournemouth boss Eddie Howe was delighted to land the Young Lion on a long-term contract and believes the 6ft 3in ‘keeper is a top prospect. 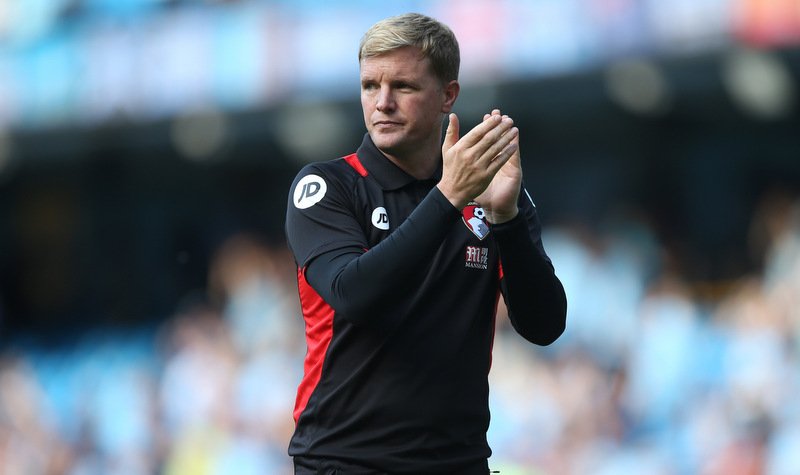 “He is a good size and a good kicker, as well as being really good with his feet and a good shot-stopper. He has a very bright future.

“He will need some physical development in the next few months and years but he has all the attributes.”

Ahead of the forthcoming 2017-18 campaign, and given The Cherries’ experienced goalkeeping ranks, don’t be surprised to see Ramsdale relish a loan move away from the Vitality Stadium to aid his development.

Perhaps a temporary return to Bramall Lane could be on the cards following their promotion to the Championship last term…?

How does it feel to be a European champion, @AaronRamsdale98.