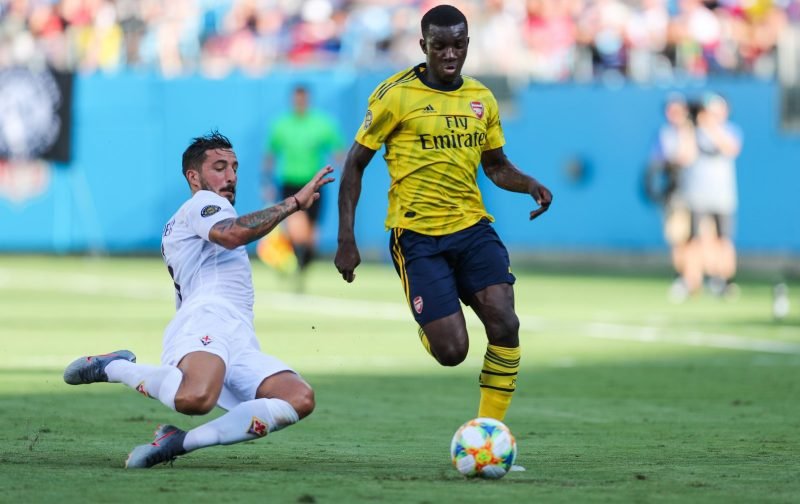 Following our last edition which covered seven of the most exciting players under the age of 21, this time we are focusing on the talents of one player.

With the English transfer window closed until January, a number of the country’s top young players have made moves in order to accumulate more game time. And that certainly applies to Arsenal striker Eddie Nketiah.

After an impressive pre-season, the 20-year-old left the Gunners on deadline day to join Leeds United on a season-long loan deal, with ambitions to help the Yorkshire club return to the Premier League after what will be a 16-year absence.

But the Lewisham-born forward’s emerging career has by no means been plain sailing. As a 14-year-old Nketiah was released by London rivals Chelsea due to concerns over his height. 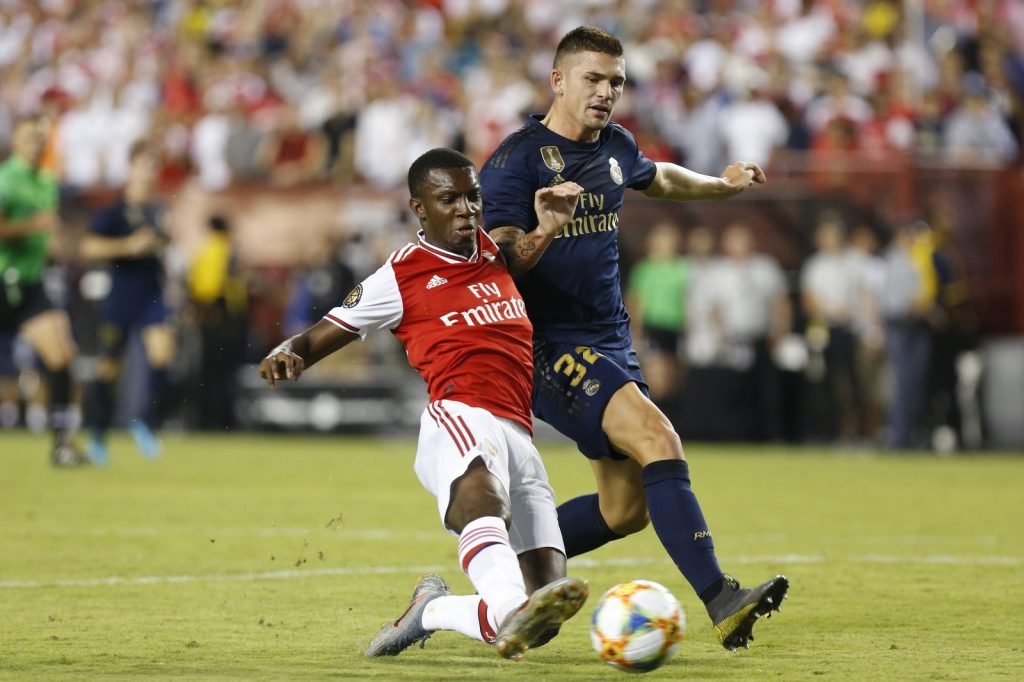 Two days later, he received a call from Arsenal, who invited him for a week-long trial. After impressing the club’s coaches, Nketiah was offered a youth contract.

After just a few months with the Emirates club, Nketiah’s talent was evident. The youngster scored an impressive 15 goals in 16 appearances for the Under-18s during the 2016/17 season.

By the end of that goal laden campaign, the prolific youngster’s sought after ability to find the back of the net was attracting plenty of admirers; none more so than then senior manager Arsene Wenger.

The Frenchman rewarded Nketiah for his exploits with the Under-18s and Under-23s with a place on the first-team’s pre-season tour of Australia and China.

Wenger’s high regard for the former Chelsea youth player was clear, after handing him minutes in three friendlies, including an International Champions Cup tie against Bayern Munich.

Just over a month later, Nketiah made his bow for the Gunners in a competitive game when he replaced fellow academy product Joe Willock for the final minute in a Europa League tie against BATE Borisov.

The goal-getter’s next senior appearance is arguably the most significant of his career to date as, in October 2017, he was brought on for the final five minutes in a League Cup fourth-round clash with Norwich City.

With the Gunners 1-0 down, the talented forward equalised just 15 seconds after entering the field, before then scoring the winner in extra time.

Having already represented England at three different age groups, Nketiah was called up to the Under-21s for the 2018 Toulon Tournament, scoring twice in the semi-final against Scotland.

After being named as a substitute several times during Wenger’s final season, it was not until the final day of the 2018/2019 season – under Unai Emry – until the Londoner scored his first Premier League goal in a 3-1 win over Burnley.

Now, following a strong pre-season with Arsenal which produced four goals, the 20-year-old will now be tested by the physicality and relentlessness of the Championship in what will be a momentous but exciting early test in what promises to be a long and successful career.