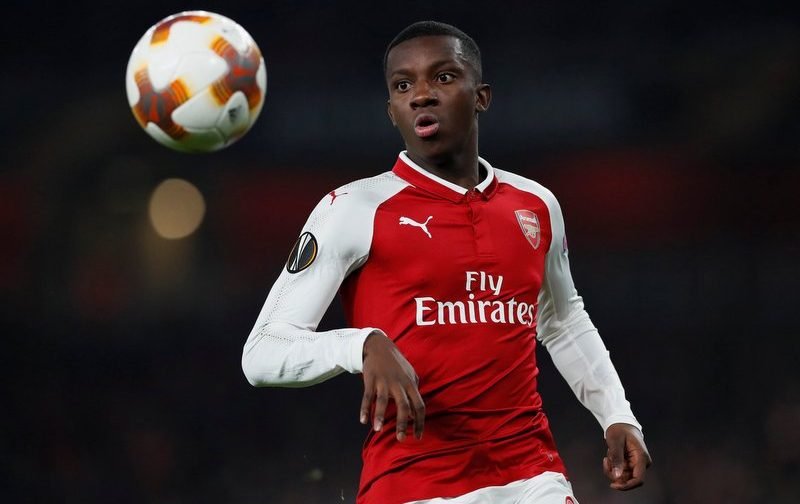 Instead of heaping more pressure on Arsene Wenger’s job at the Emirates Stadium, we thought we would give Arsenal fans rare room for optimism this evening by delving into the youth career of their highly rated striker Eddie Nketiah.

The 18-year-old has broken into The Gunners’ first-team this season, providing a ray of sunshine in North London, amid a thoroughly disappointing 2017-18 season, to date.

However, forward Nketiah, alongside fellow youngsters Reiss Nelson, Joe Willock and Emile Smith-Rowe, are just a handful of talented teenagers tipped for bright futures at the club, and could fire Arsenal to domestic and European success in years to come. 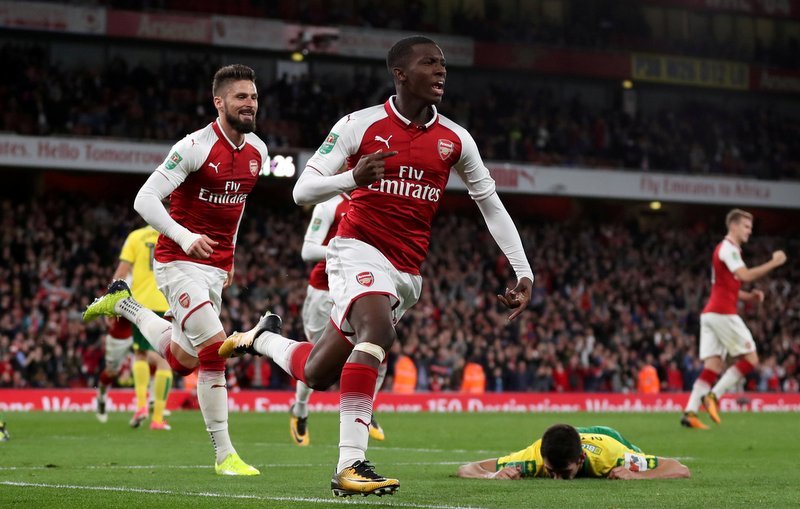 Born on May 30, 1999; Nketiah was raised in Lewisham, London, but joined Premier League rivals Chelsea as a schoolboy, but was released by The Blues back in 2015… to Arsenal’s advantage!

The England Under-19 international was the talk of the town around the Emirates back in October 2017, just a month after his first-team debut against BATE Borisov in the UEFA Europa League.

With almost his first kick of the game, on his second senior appearance for Arsenal, Nketiah replaced Nelson in the 85th minute of The Gunner’s EFL Cup tie against Championship side Norwich City, with Wenger’s men trailing 1-0 late on.

Within just a few seconds, the teenager netted his first senior goal for the club from a corner to equalise for the hosts, before scoring the winner from another corner in extra-time with a perfectly executed header to secure a beautiful brace.

Having saved his side’s blushes in the League Cup that Tuesday night, young Nketiah has gone on to make a further six first-team appearances this term, including making his Premier League bow against Brighton and Hove Albion earlier this month at the Amex Stadium.

It is not the first time the 18-year-old has earned instant recognition, after he scored a hat-trick for England’s Under-18 side against Qatar last March, before another treble against Poland and then a four-goal haul versus the Faroe Islands for the Under-19s later in 2017. 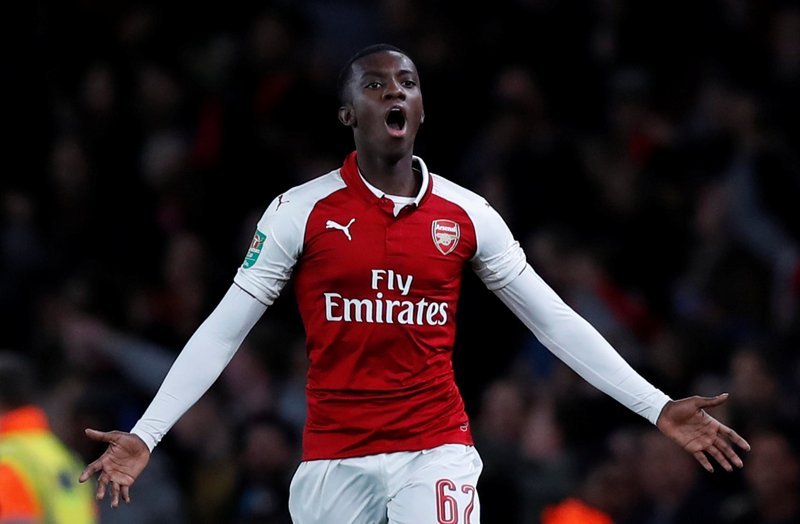 Add to that, 24 goals across Arsenal’s youth sides during both the 2015-16 and 2016-17 campaigns, it is clear to see Nketiah is certainly prolific in front of goal.

His release by Chelsea three years ago looks like an opportunity missed by the defending Premier League champions, with the Lewisham-born starlet now excelling for Arsenal – the club he supported during his childhood.

The Gunners invited the youngster in for a trial, and within just a few days, Nketiah was snapped up on scholarship deal.

He went on to put pen to paper on his first professional contract with the club back in September 2016, committing his long-term future to Arsenal, and has since been training with the first-team regularly this campaign.

Recent reports have suggested that boss Wenger will look to loan out youngster Nketiah, as well as team mate Nelson, next season, and there will be plenty of potential suitors in the 2018-19 campaign should that be the case, given his sublime record in front of goal.

Other than the forward’s eight first-team outings this term, Nketiah has also scored nine goals in 11 Premier League 2 appearances this season.

The Young Lions prospect is a quick, skilful and tricky player to deal with, someone who never stops running and looks to make piercing runs behind the opponent’s back line. 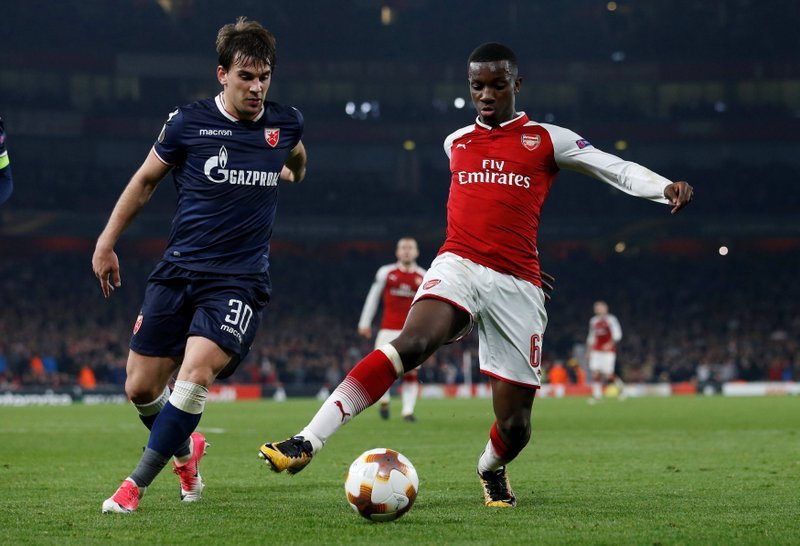 Nketiah claims his strongest attribute is his finishing, which is justified given his number of goals scored across Arsenal’s youth sides.

Modelling his game on Gunners legend Thierry Henry, the young Englishman will do exceptionally well to reach any level near the famous Frenchman. Though, you never know, his idol Henry might just be managing Arsenal soon!

That would be a dream come true, for both Henry and Nkeitah, as well as thousands of adoring Arsenal supporters.