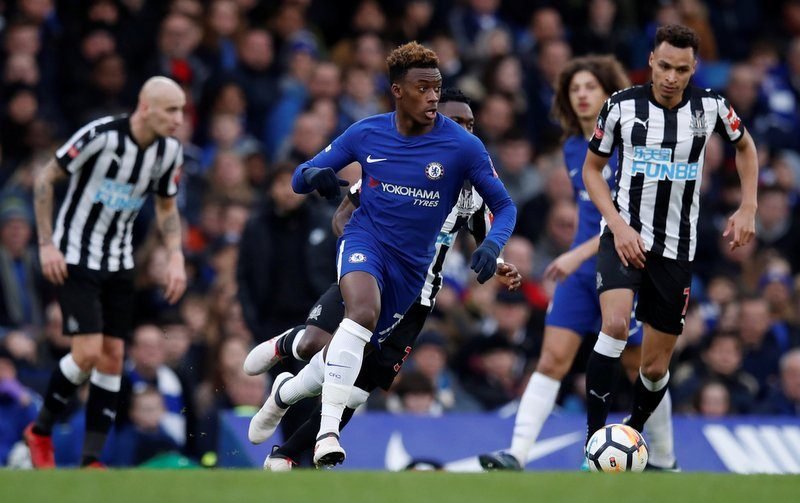 Despite defending champions Chelsea being miles behind leaders Manchester City in this season’s Premier League title race, at least the West London club’s youth academy is proving fruitful with an array of young starlets starting to break into the first-team.

Born on November 7, 2000; the attacking midfielder, who can operate down the centre, or on either flank, has already made three first-team appearances for The Blues since making his bow against Newcastle United in the FA Cup only last month. 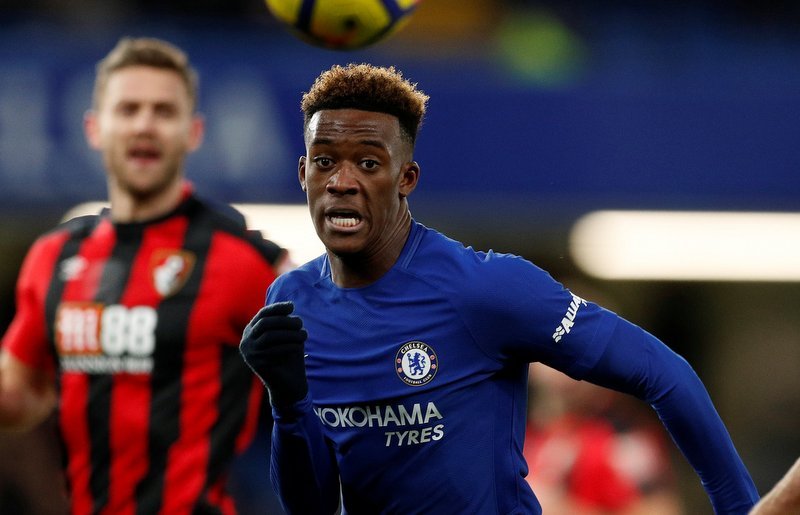 Hudson-Odoi joined the club during his Under-8 year and has forever flourished for Chelsea’s youth sides with his trickery, skill, raw ability and eye for goal.

A key player in England’s triumph at the Under-17 FIFA World Cup finals in India, the 17-year-old starlet is one of the brightest prospects in English football, for both club and country.

The forward’s youth career has followed a steep and successful trajectory this term, venturing into the senior side, as his World Cup success with the Young Lions last October was just the sign of things to come for the Blues graduate.

Heading into the festive period, Chelsea manager Conte invited the Under-23 starlet to train with the first-team for several weeks, before being named in the matchday squad for the first time during their EFL Cup tie against AFC Bournemouth shortly before Christmas.

He may have not climbed off the bench that night at Stamford Bridge, but he didn’t have to wait long for his first taste of professional football, as the No.70 player took to the field for the first time in senior Chelsea colours against Newcastle on January 28, 2018. 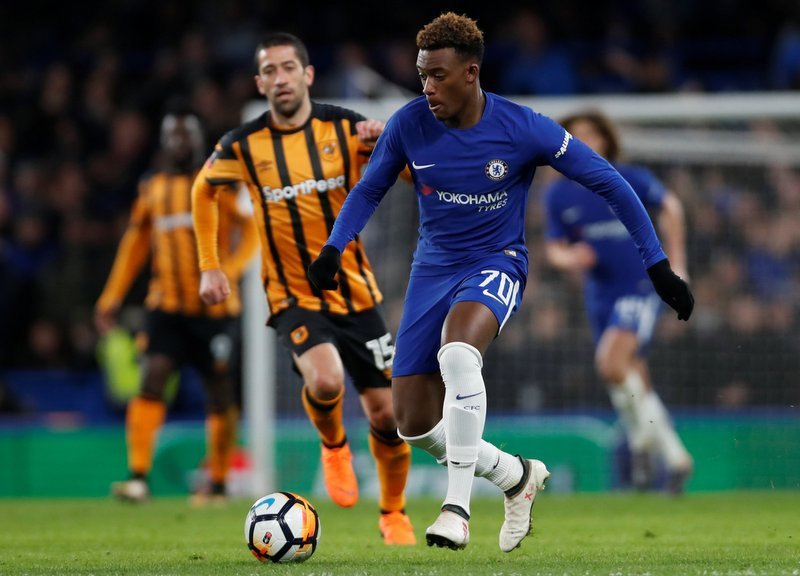 The Wandsworth-born starlet has already lifted honours with The Blues’ youth sides, winning the 2016-17 FA Youth Cup and Under-18 Premier League title.

This season, other than his three senior outings, Hudson-Odoi has scored six goals in eight Premier League 2 games, netted four times in six EFL Trophy, two goals in one FA Youth Cup tie and a strike in the UEFA Youth League.

A prolific left-sided attacker, Hudson-Odoi is tipped for a bright future at Stamford Bridge, and it is little surprise to see the 17-year-old skip the youth divisions and be fast-tracked into the senior side.

Already drawing comparisons to Chelsea great Eden Hazard at just 17-years-old, it is little wonder the defending Premier League champions are nurturing him into the first-team picture so soon, in a bid to keep him at Stamford Bridge for the future.

Tying him down to a three-year contract last summer certainly helps, but the midfielder will undoubtedly attract interest from other European heavyweights if his handful of first-team outings so far are anything to go by.

Having reportedly turned down a loan move earlier this season, with Championship clubs Bristol City and Queens Park Rangers eager to secure his services, Hudson-Odoi’s determination to fight for a first-team place among the likes of Hazard, Willian, Pedro, Cesc Fabregas and Ross Barkley tells you all you need to know about his desire in the beautiful game.

Hudson-Odoi is living the dream.