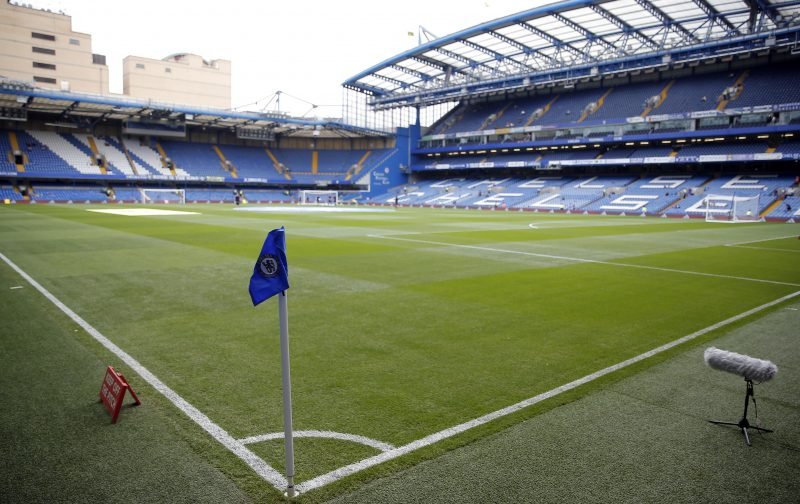 Here at Shoot! We endeavour to provide you with the going’s on around the academy scene within the United Kingdom. Today our attention focuses upon a side who have not struggled at youth level over recent years.

Chelsea have been crowned FA Youth Cup winners in four of the last six seasons. While most of those winners have failed to make the step into the first team, there is a growing anticipation that one Chelsea midfielder is the anomaly to the trend. He goes by a familiar name also.

Turn back the clock eight years and there was a growing buzz around Cobham. Chelsea may have just unlocked a young gem. He went by the name of Josh McEachran.

For one reason or another, it just didn’t work out for the current Brentford midfielder at Stamford Bridge.

The name McEachran isn’t dead around the west London club, however. In fact, it’s far from dead. George McEachran, the younger brother of Josh, is proving himself within the Blues’ under 18s at the youthful age of 16. Can he do what his brother was unable to do. Can he call himself a Chelsea hero in years to come?

Born in August 2000, his parents originate from a small town called Campbeltown in the Scottish shire of Argyll, McEachran was born in Oxford and grew up in the small village of Kirtlington, around six miles away from Bicester.

While still an infant, his brother made the move to Chelsea’s academy. He would watch his elder brother as a youngster. Perhaps one day he could play at the same level as him?

The opportunity to play academy football came at a young age for this McEachran. At only the age of eight he was snapped up by the club he had developed a love for over recent years; Chelsea signed the youngster with the hope that, one day, he would live up to the standards necessary for him to play first team football at the Bridge.

He would make the trip to Chelsea’s academy weekly. It would take hard work; balancing your studies with a 67-mile trip a few times a week is no easy feat. But one day, it could all just pay off when he represents his boyhood club.

If you look at McEachran’s date of birth and compare that to the ones of his fellow teammates, it reveals a startling fact. Having been born on 30th August, he is the youngest in his age group; in fact, some are nearly a year older. Not that you would know it, though.

It wasn’t just his club taking interest, though. England have taken to the young number 10 also.

To represent your nation is every kid’s dream. McEachran got the opportunity to do so at the age of 15. Just a few weeks after his birthday, the Chelsea starlet featured for the Under 16’s in a tie with the USA. He would go on to make another six appearances for the Three Lions at that level.

Why did he only feature of six occasions? Because the Under 17s beckoned. McEachran made his debut in September of 2016, starting in a 5-0 victory over Croatia in Pula. He would go on to become an influential figure in the side. The highlight at international level being an 8-1 victory over the German’s. That’s the sort of day that you remember for the rest of your life.

Back to the humble surroundings of Cobham and things were going even better. While still at school he was a key part of the Under 18s side; he made his debut for the youth side just weeks after his 15th birthday in a tie over Swansea and has been around the side since.

The summer of 2016 was a big one for McEachran. Having already signed a scholarship, it provided the youngster with the opportunity to go full-time at the Chelsea academy. That was after completing his GCSE’s of course.

Since, his game has developed substantially. He has been an indispensable part of the Under 18 side this campaign as they chase their fourth consecutive FA Youth Cup. Who said Chelsea are poor when it comes to youth football?

Having observed his brother’s failure at making a name at the Five times English champions, there is a growing belief that the England youth international can go one step further. In years to come the dream of featuring for his boyhood club, may just come true; for this McEachran brother at least.