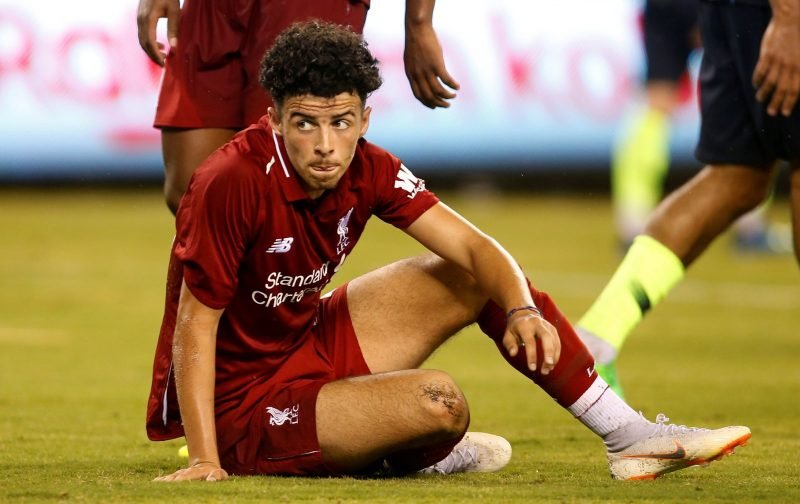 A player comfortable of playing anywhere across the middle of the park or just off the striker, Jones joined his local club at the age of eight and has caught the eye on his rise through the ranks.

The now 17-year-old impressed academy coaches at the Anfield club so much that he was fast tracked to the U18s, making his debut against Middlesbrough at the age of 15 in 2016.

Jones ended his first campaign at that level with five goals in 14 matches then, under the management of Reds legend Steven Gerrard – who he’s been compared to – was top scorer with 18 from 29 in the 2017/18 season.

First-team chief Jurgen Klopp couldn’t ignore the teenager’s showings and, two months after penning his first professional deal, named Jones as a substitute for the Merseyside Derby against Everton. 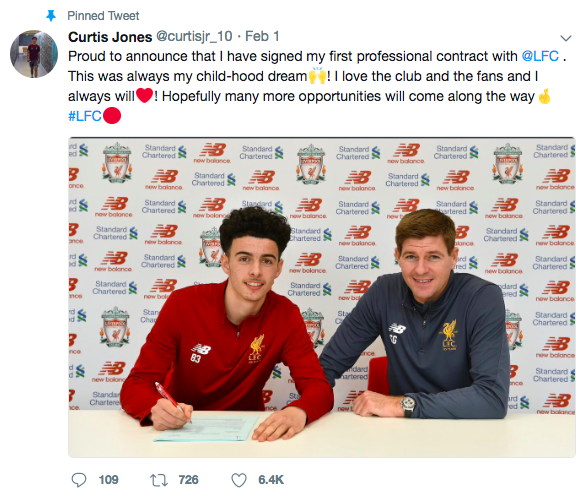 The German then included the homegrown talent in the squad for the pre-season tour of the USA. In the States, he showed both maturity and confidence in front of packed out stadiums against opposition such as Borussia Dortmund, Manchester City and Manchester United.

This term will be another one of development, playing for the U23s domestically, the u18s in the UEFA Youth League – which he helped Liverpool reach the quarter finals last term – and representing England at U18 level.

Due to the strength in depth the Anfield club boast, this season may come a bit too soon for the goalscoring midfielder to make his competitive first-team bow. But, if he continues to develop at his current rate, it won’t be too long until you start hearing the name Curtis Jones a lot more.