Anyone would be hugely privileged to play in a World Cup. The majority of professional footballers go through their entire careers without ever representing their country.

But for 18-year-old Latibeaudiere, he has already conquered the world.

The Manchester City centre-back captained England to victory in the 2017 FIFA Under-17 World Cup final last October, and he has now set his sights on breaking into Pep Guardiola’s first-team at the Premier League champions.

Latibeaudiere is an athletic, powerful, confident and elegant defender, who is highly tipped for a bright future at both domestic and international level.

What a night! World Cup Championsmassive thank you to Kolkata and the fans for a great atmosphere! Too much love for this team @England pic.twitter.com/QsrAwUqvQe

Born in Doncaster, he began his footballing journey after playing for his local team Armthorpe, before being scouted by Championship club Leeds United.

Originally a central midfielder, the Yorkshire youngster made the move to the back line when he was 12 or 13-years-old after filling in as a central defender for a Leeds youth team, following injury to a team mate, and no other defenders being on the substitutes bench.

Now a versatile defender, who can operate anywhere among the back four, his impressive displays for The Whites alerted Premier League champions Manchester City to his talents, who snapped up Latibeaudiere in the summer of 2012.

Last July, the prospective England youth international put pen to paper on his first professional contract with The Citizens, before joining the first-team on their pre-season tour of America.

The 18-year-old made 17 appearances in Premier League 2 last season, as City finished sixth in the standings, 12 points adrift of champions Arsenal.

Despite yet making a senior appearance for Guardiola’s side, Latibeaudiere came closest to a first-team outing last August after playing against then League One outfit Rotherham United in the Checkatrade Trophy.

He played the full 120 minutes, after the game originally finished 1-1 after extra-time, with City’s Under-23 side prevailing 5-3 winners in the penalty shootout. 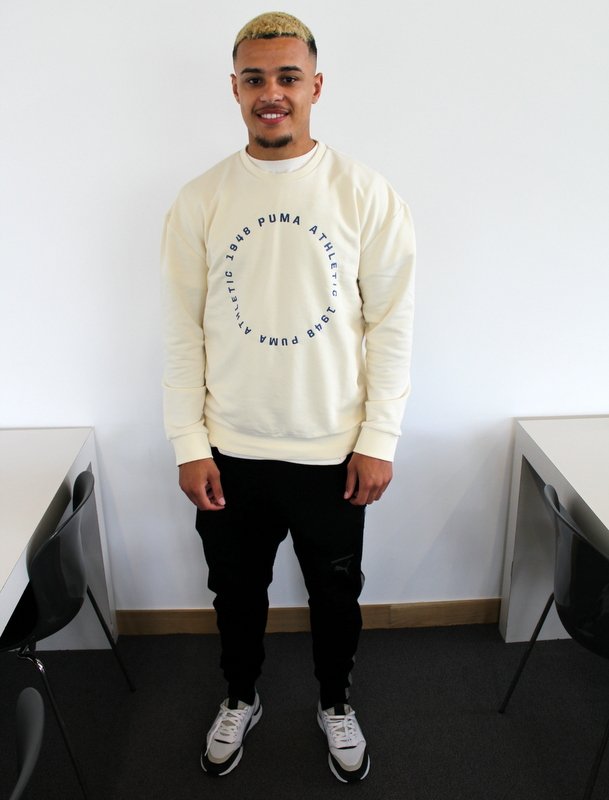 “I loved it, playing against a first-team,” Latibeaudiere exclusively told SHOOT.

“It was an experience. I played in the first-team stadium as well, so that was good, so there were more fans there.

“Seeing how they cope and play in their league, it is a man’s game. I just believe in myself and I believe in my team knowing that we have all got each other’s back and everything.

“Try and get on the ball, do your thing, and then when it comes to it, just be confident.”

The defender also spoke about the step up from youth football to the senior game.

“Yeah you definitely notice it,” he continued.

“The ball speed and the physicality, playing against different styles as well. At Under-18s, most of the teams we come up against like to try and come out and play.

“But Under-23s there is more focus on the game, so we can get teams that play direct, go long, sit in, counter-attack, it is about working out the differences. It has been good for my development.”

At just 18, Latibeaudiere is held in high regard at the Etihad Stadium and is tipped as ‘one for the future’ for the Premier League giants, though for now, a first-team appearance still looks some way off, with the likes of John Stones, Aymeric Laporte, Nicolas Otamendi and Vincent Kompany firmly ahead in Guardiola’s defensive pecking order.

However, the teenager showed off his raw talent on the international stage last October, after captaining England to Under-17 FIFA World Cup triumph.

The Young Lions came from 2-0 down, to defeat Spain 5-2 in the final in India to be crowned world champions.

“As the final whistle went, I just dropped to my knees, sobbed,” Latibeaudiere told SHOOT.

“The players came running over and we were celebrating, then we got in a huddle, coach said a few words, and then the next thing we were lifting the World Cup trophy in front of like 65,000 fans!

“It was unreal. India was very humid, sometimes there was no sun, but it was so hot still, it was so humid. It was a joke.

“You always get little reminders if you are flicking through Instagram or something and you will see it there, you just get the thrills again. Get goosebumps and all that!

“The excitement that we were having, it was a great experience out in India.”

After unprecedented success with England, Latibeaudiere will be looking to break into Guardiola’s first-team plans ahead of the 2018-19 season, after a record-breaking campaign in the English top-flight last term.

“I just want to keep pushing. Hopefully we can push [on] and get on the pre-season tour, show them what I am about,” he said. 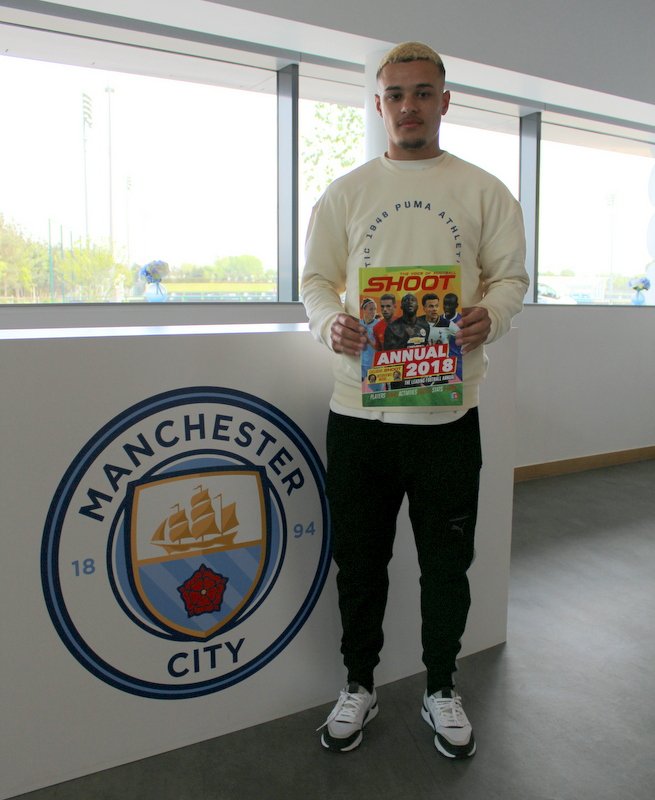 Latibeaudiere with the 2018 SHOOT Annual.

“They obviously watch us closely and they are looking at youth all the time.

“Then maybe later on in the season, January, go out on loan and try and get some first-team football somewhere.”

Unfortunately, recent reports suggest City have been in a contract standoff with the Under-17 World Cup champion, fuelling speculation he could leave the English side, just like fellow youngster Jadon Sancho did last August for German outfit Borussia Dortmund.

But Latibeaudiere is still contracted at the Etihad until 2020, and the club will not want to lose one of their brightest youth graduates after seeing winger Sancho excel in the Bundesliga at just 18-years-old.